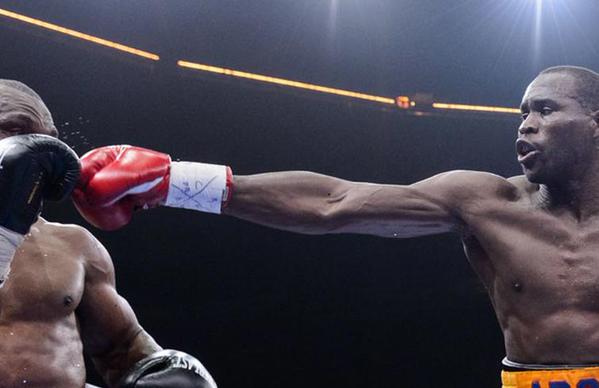 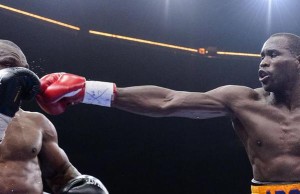 Also featured on the card is undefeated welterweight rising star and 2012 U.S. Olympian Errol “The Truth” Spence Jr. (17-0, 14 KO’s) who will look to remain unbeaten when he faces the slick southpaw Chris “The Heat” van Heerden (23-1-1, 12 KO’s) out of South Africa, in the televised co-feature.

“I’m excited to announce my next fight on September 11 in Toronto against Tommy Karpency,” said Stevenson. “I’m ready to put the hurt on. I work hard and stay focused.

“I beat the same guy that Stevenson beat to become world champion,” said Karpency. “I beat Chad Dawson just over a year after Stevenson beat him. After that win, I said that the sky was the limit and that I wanted the best in the world”.

“I’m excited to get back in the ring in September with another opportunity to fight on the big stage,” said Spence Jr. “I’ve been putting in the work every day and I’m looking forward to a tough challenge. I’m ready for anybody.”

“I’m very thankful for this opportunity, and I’m happy that Errol Spence Jr. took this fight,” said van Heerden. “I’ve been fighting in America for over a year now and I’m ready to make my mark.”

Stevenson, 37-years-old, won the world light-heavyweight title in June of 2013 in Montreal, via a sensational 76-second, first-round knockout over the then undisputed king of the division in Chad Dawson. The impressive victory earned Stevenson “Knockout of the Year” and “Fighter of the Year” accolades. From there, Stevenson went on to record stoppage victories over Tavoris Cloud and Tony Bellew while winning a decision over Andrzej Fonfara. Born in Haiti, but fighting out of Quebec, Stevenson most recently defended his title in his adopted hometown against former champion Sakio Bika in his PBC debut.

One of three brothers who fight professionally, the 29-year-old Karpency is looking for a signature victory in his second world title opportunity. Fighting out of Adah, Pennsylvania Karpency recorded his most impressive victory on October 4, 2014 when he defeated former world champion, Chad Dawson. He comes into this bout on a four-fight win streak and will be fighting in Canada for the first time after having fought in Germany and the United Kingdom during his career.

A 2012 U.S. Olympian who had a highly decorated amateur career, the 25-year-old Spence Jr.will look to remain undefeated when he steps into the ring on September 11. The Desoto, Texas-born fighter who is widely regarded as one of the top rising prospects in the sport was dominant in his PBC debut on April 11 as he defeated Samuel Vargas by fourth-round knockout and he followed that up by stopping Phil Lo Greco in the third round on June 20.

Born in Johannesburg, South Africa, van Heerden now fights out of Santa Monica, California and has won all four his stateside fights since his U.S. debut in February 2014. The 28-year-old turned pro at 19-year-old while making his way up the ranks in South Africa. Since coming to America, van Heerden has taken down Cosme Rivera, Ray Narh, Ramon Ayala and handed Cecil McCalla his first loss.