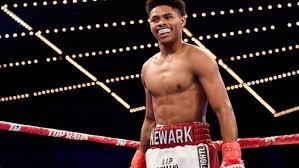 Social media is a funny thing.   It has various uses depending on the platform that you use.  Some music to keep up with friends and family, some use it to express their feelings and thoughts and others use it to feed their ego and be vain.  One thing that’s highly frowned upon until she media is liking or reacting to an old post as it can be seen as stalkerish but it can be useful in some instances.

“Two fighters I would love to fight from Top Rank would be Oscar Valdez and Shakur Stevenson which by the way great performance this past weekend, definitely the future but fights like this is what really makes a champion a champion,” Tweeted Abner Mares on October 28th, 2019.

Wow, seems so long ago. Two days short of a year and Stevenson responds, “Yo Abner Mares, are you free in January? I need an opponent to fuck up… You’re injury-free right?!??”

The injury Stevenson is referring to is a detached retina that Mares suffered in 2019.

Mares, despite not fighting since 2018 seems willing to take on the young champion.

“That’s Crazy! I was just  thinking of coming back this January and was looking for a tuneup fight or a not so difficult fight .. so yeah works out let’s get it.”

Despite the banter and willingness between the fighters to face each other,  one obstacle remains their handlers/promoters which has proven difficult in the past to make fights happen.