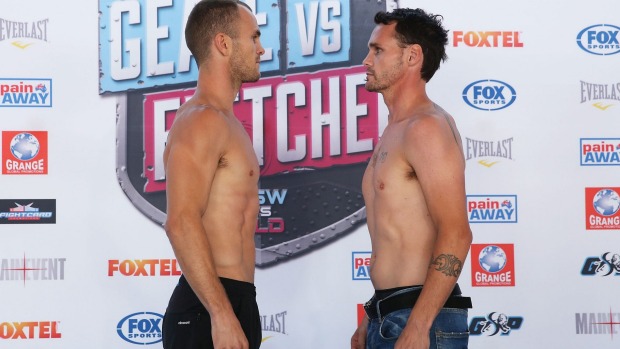 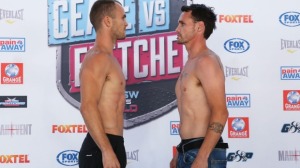 In a fight that had to happen eventually, the two Australian middleweights will finally square off in a 12-round battle for the WBA’s PABA Middleweight Title, the IBF Pan Pacific Middleweight Championship and the interim WBO Asia Pacific middleweight titles on Wednesday, December 3, at the Horden Pavilion in Moore Park, Sydney and live on Main Event pay-per-view. The Australian super fight is presented by Grange Old School Boxing.

“Jarrod wanted this fight for a long time,” said Cohen. “He’s convinced he has the stuff to beat Geale and a lot of the late money on the fight is saying there are many, like us, who believe him.”

Fletcher, 30, has already held the PABA Middleweight and Australian Middleweight Championships, but has spent much of his career in the shadow of Geale and his world championship belts.

“Jarrod has always felt he was a better fighter than Geale and now he finally has the chance to prove it,” said Wilcock, GCP’s Vice President of Global Operations and President of FightCard Promotions. “He’s trained harder than I’ve ever seen him in preparation. This will be the best version of Jarrod Fletcher ever seen. He’s very pumped up for this.”

Fletcher and Geale will also be competing for elevated positions in the WBA, IBF & WBO rankings and an eventual chance at vying for a world title.

“Our fighter will be in a terrific position for another try at a world championship after this fight,” continued Cohen. “There is tremendous significance, both on the Australian boxing scene and internationally and Jarrod is well aware of it. He’s ready to pull off the upset and finally become known as Australia’s best middleweight.”