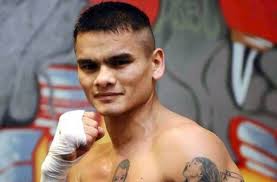 Keith Thurman called out Marcos Maidana after his fight with Leonard Bundu. To the fight fan, it would be welcomed with open arms. But from the Maidana side seems like they are not interested in it right now.

“We all thought Keith Thurman had such a bad night, especially if you consider that he faced a 40-year-old European that could not punch at all. That’s what Maidana himself said at ringside,” Sebastian Contursi, Maidana’s manager, told ESPN.com. “Right after the fight Maidana was being interviewed by [Argentine television network] Space’s Juan Larena and while the interview was being conducted we were all surprised that Keith called out Marcos the way he did in the ring while being heavily booed by the whole arena. I think Keith picked such a bad time for calling out both Mayweather and Maidana after such a disappointing performance. “

Contursi respects Thurman as a fighter and knows Thurman has wanted the fight for 2 years but feels Thurman needs to prove himself first.

“We all respect Thurman as a great prospect but we think he still belongs in a different league for now. With all due respect, he needs to prove himself against the likes of Shawn Porter, Kell Brook, Victor Ortiz or Robert Guerrero before promising to ‘destroy Floyd or go through Maidana,” explained Contursi.

“Keith and some of his fans have made boxing fans believe that Maidana has ducked Thurman like Maidana was scared of him. That comes from the time back in 2012 when I agreed in principle — we signed no contract or anything and Golden Boy Promotions rushed to announce it — for Marcos to face Thurman and then I, myself, did not agree in the end.”