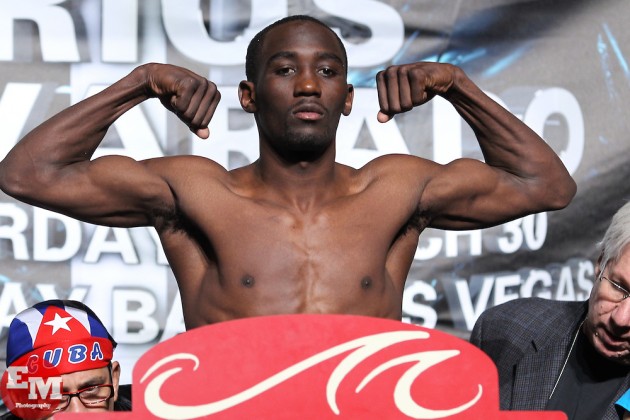 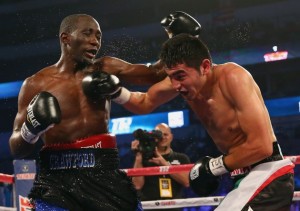 “For that fight I don’t know what it was but my weight wasn’t coming down like it normally does. Now for this fight my weight has been down for about a week. It would have been easier for me to make 135 for this fight than the Beltran fight,” Crawford said.

When asked if he could still make the 135lb weight limit, Crawford was a straight shooter letting everyone know that the lightweight division was a thing of the past.

“I could in a sense, but I don’t think that would have been the best move being that my body is growing and I’m filling out a little more. This is the right time to move up before I start having serious problems because I struggled hard to make weight for that fight.”

Although Crawford was adamant about moving on to bigger and better things, he was also equally as adamant that the welterweight division would have to wait for the arrival of Terence Crawford.

Terence Crawford will made his formal debut in the Super Lightweight division this past Saturday against Puerto Rico boxing contender Thomas Dulorme. Crawford Stopped Dulorme, his only other venture into the weight class was as a last minute replacement against Breidis Prescott.