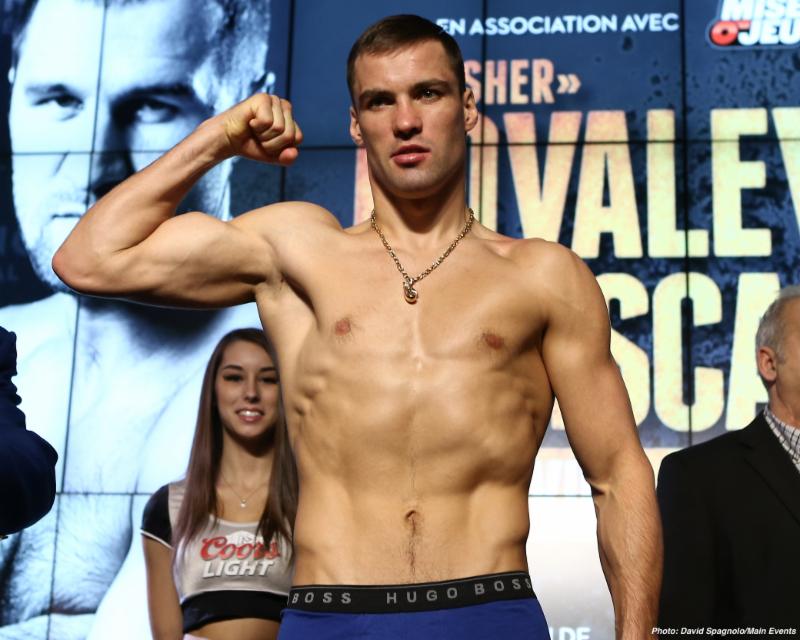 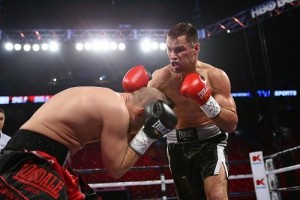 The 29-year old from Pasvalys, Lithuania started his career in 2005 a perfect 6-0 (3 KOs) before suffering his first defeat against the then-undefeated Thomas Troelenberg, who came into the fight with 17 wins. The Terminator would go on to redeem himself by winning his next four bouts, including a win over formerly ranked contender Richard Williams.

Shortly after that bout, Virgilijus would experience the first of two controversial losses in his career, against previously unbeaten and current ranked super welterweight Predrag Radosevic. The bout took place in his opponent’s backyard of Montenegro and was halted in the ninth round after a cut above the eye of Virgilijus became a factor. The bout went to the scorecards, which awarded Radosevic the win in what many believed to be the wrong decision.

Virgilijus would face controversy again when he traveled to the backyard of Patrick Mendy of the United Kingdom. Stapulionis did what he had to do throughout the fight in order to secure the decision win. However, Mendy, the hometown favorite, would pick up the decision in a bout that many observers believe should have gone the other way.
The Terminator made his US debut in December of last year at The Hangar in Costa Mesa, California with a second round stoppage against Cesar Vila. Earlier this year he appeared on the Kovalev-Pascal II undercard in Montreal, Quebec, Canada where he earned a second round stoppage against Hungarian Laszlo Fazekas.

Stapulionis said, “I am so excited to be signed with Main Events. I want to be a champion, and this is the next step to help me achieve that goal. I want to thank my team and my manager, Egis Klimas.”

Virgilijus is managed by Egis Klimas, who also manages WBO, WBA and IBF Light Heavyweight World Champion Sergey “Krusher” Kovalev. Egis said, “I am so happy to bring The Terminator to the United States and to work with Main Events to make him a star. We hope to make him a force in the middleweight division.”

Main Events’ CEO, Kathy Duva, added, “We are very excited to work with Virgilijus. He is more than willing to fight in his opponents’ backyards. He has suffered some controversial losses, but also had his bigger wins in enemy territory. A fighter who has faced that level of adversity and is still willing to be a road warrior is exactly the kind of fighter I want to promote.”