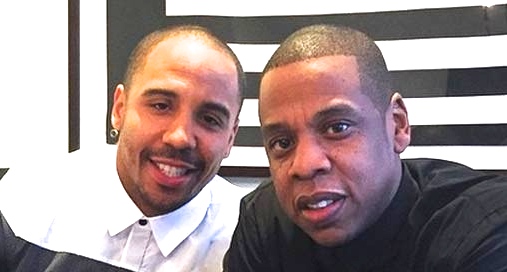 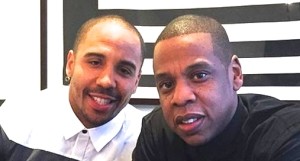 The long legal dispute between Golden Boy Promotions (GBP) and Richard Schaefer is finally over it seems. Not all the details are out yet but it seems like GBP will not have many fighters left in their stable since the majority of the fighters were not signed to the promotion. GBP will have to work with Al Haymon a little while longer since they have to promote a few fighters still signed to Haymon but after that it seems they will seemingly go their separate ways. As far as Schaefer goes we still don’t know how long he will be away from boxing but the writing is on the wall that he will join forces with Haymon and Mayweather to create a super promotion that will most likely rule boxing in the near future. With that being said whomever goes into business with Schaefer will have to watch there back and keep a close eye on him. Richards’s business ethics are suspect at best. The things he did with GBP by not signing fighters and allowing Haymon to basically run the show were unethical and unmoral. He is not the sole blame for the GBP fiasco however. Oscar De La Hoya has to be held accountable as the majority owner of the company. He was too busy doing drugs and being an absent owner to see what Richard was doing. Both had a responsibility to the shareholders of the company to do the right thing and run the business responsibly. Either way I hope they both have learned their lessons from this and make better choices in the future so we can get better fights as fans.

Friday night Roc Nation Sports  put on their first boxing show since throwing there hat into the proverbial boxing ring. Social media was abuzz with the big crowd and the endless musical performance that made the show drag on forever it seems. I however was not too impressed. I am just into the boxing aspect of boxing. I don’t want to see a guy wearing a fur sombrero in the ring rapping for 15 minutes while the fighters are getting cold and I am getting sleepy. I also don’t really care to hear Gus Johnson repeatedly talk about all the celebrities that are there like it was the first time celebrities ever went to a boxing match. If they’re not in the ring fighting I truly don’t care to see them over and over again either. The fights themselves were on par or below the ESPN Friday Night Fights cards that we routinely see. As a matter of fact Friday Night Fights had way better boxing matches to tell the truth. There were definitely no fights on the RN card that were worthy of fight fans getting excited about. Most people are just talking about how big the crowd was and all the famous people that were ringside or how many sponsors the show had. I am interested to see how the promotions do outside of New York and if they still get the massive crowds while putting on lesser fights. If it seems like I am being skeptical it is because I am. I don’t get sold on the first thing I see and to get me truly invested in something I have to see it perform respectably more than once before I buy stock in it.

Roc Nation Got Bigger Too

Roc Nation also merged with Gary Shaw productions this past week and acquired Andre Ward somehow. While I am impressed with the acquisition of Gary Shaw’s stable I am not really impressed with the Andre Ward signing. Especially if it cost RN a lot of money? Ward has never been a draw and just because he is with Jay-Z’s company it will not make him one. He is not willing to move up. Haymon won’t let him fight Chavez Jr. or the Dirrell brothers. He is afraid to go to England to fight anyone and he won’t go down to fight Gennady Golovkin. So who is he going to fight that is going to make the company a good return on their investment? Unless RN puts on a heck of an undercard I am not going to break my neck to see Ward fight. Especially not on pay per view. Then there is talk of RN signing Guillermo Rigondeaux who is even less exciting than Ward. If nobody was watching Rigo when he was on HBO then RN has their work cut out for them. He and Ward on the same show might produce negative ratings unless they have Jay-Z and Beyoncé themselves doing a free concert. In all honesty they can add all the fluff to the shows and incorporate the rock concert mentality but they better hope that they don’t isolate the older segment of the market that doesn’t listen to hip hop and care for a concert at a boxing show. The older segment of the market does bring significant money and do truly aid boxing in a major way so ignoring them would be a big strategic error for Roc Nation.

The L.A. Times and various other sources have reported this week that the biggest fight of them all may be getting closer to fruition and could be done within the next 7-10 days. The reports are saying that blood testing has been agreed to and several other things that have been holding up the fight for years have been agreed to. I will admit that I have not been this optimistic for the fight to happen in a long time. I am still not buying in to it happening 100% yet but I am warming to the proposition. The date is still up in the air but I would almost guarantee that it will be May 2nd if it comes off. Floyd has no choice but to demand the date or he will end up looking weak by giving the date to Canelo. I will say now that if this fight gets made now all the past failures to make the fight will be forgiven and people will get excited just like when it was initially discussed over 5 years ago.

Speaking of the May 2nd Date

Canelo Alvarez is still waiting on Miguel Cotto to sign the contract and agree to fight him on May 2nd so that he can take back the date from Floyd Mayweather. He has released statements saying that Cotto would be the first Puerto Rican in history to duck a Mexican fighter if he doesn’t sign the contract and so forth. Canelo is starting to come off a little desperate with his begging and complaining. He is not full out Amir Khan, stalker ex-boyfriend kind of desperate but he does seem to be a little desperate nonetheless. If Canelo does not get Cotto he will not get the May 2nd date most likely. He will have to either fight on the undercard, do a dual site show like he has done in the past or he just won’t be fighting on May 2nd.

The Big Boys are Back Next Week

WBC heavyweight champion Bermane Stiverne will do battle against American bronze-medalist Deontay Wilder next Saturday. This will be one of the most anticipated heavyweight fights in some time. Mainly because Wilder is seemingly the best American heavyweight prospect in the game right now. I recently watched Stiverne’s loss to Demetrius Price and I saw a few things worth noting. First and foremost the stoppage was very premature. Bermane was definitely hurt but he was fighting back and never came close to going down. It reminded me of Froch-Groves I in that the guy was clearly hurt but could have continued. The fight also showed me something I already knew in that Bermane is easy to hit. Especially with looping punches. As far as Wilder goes I watched his amateur fight where he was knocked out and it kind of scared me. I had already seen him badly rocked by David Haye but the way he got beat down with headgear on was a little disturbing. I realize that the fight was a long time ago and that Deontay has not been fighting very long but he still got knocked out with headgear on. All the aforementioned points have me torn on this fight as to who I want to pick but I am going to make one any way. I am going with my heart and my countrymen Deontay Wilder just because I think he would do better against Wladamir Klitschko if he wins. I could easily see Wilder getting stopped and killing my pick, but I am going to run with Deontay and hope for the best. We will see next weekend if I am right.