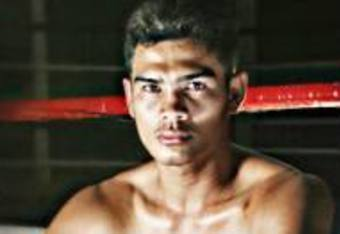 Pleasanton, CA (August 2nd, 2014) -Squarevision Entertainment in association with United Combat Association present A Night Of Glory: The Battle of the Golden State at the Alameda County Fairgrounds in Pleasanton, CA hosted by Hot 105.7 FM & 100.7 FM. The card is headlined by Filipino top prospect Drian “Gintong Kamao” Francisco (24-2 19KOs) who returns back to the ring after a year lay off as he returns after a close loss in WBO title eliminator bout between Chris Avalos and himself on ESPN2. The boxing podcast Boxing Scene Radio expressed great pleasure when viewing the fight and even hailed the main event along with the co-main event featuring Glen Tapia as quite possibly the best Friday Night Fights card ever.

With all that said, Francisco, whom has spent his career fighting naturally bigger fighters at super bantamweight (122 lbs.) will be returning at bantamweight (118 lbs.) a weight that Francisco feels will be ideal for his frame and ability to be physically dominate over foes. Francisco, a power puncher whose record indicates that with 24 of his 19 wins being via knockout also believes that his power will be even more dramatic in his new weight class. Francisco who will be headlining his second consecutive card, this will be a welcomed opportunity to show the improvements that have been made over the past year.

Francisco who stated fighting in the bay area is a honor since the large population of Filipinos who are willing to come out and support Filipino fighters. With Francisco’s body fully rested as well as high praise from high profile countryman Nonito Donaire, Francisco is looking to make 2014 a year he begins his run at a title. Francisco, a fan-friendly fighter is aiming to please as he is looking to steal the show on a star studded card.

In the co-main event, light welterweight Levan “The Wolf” Ghvamichava (11-1-1 8KOs) will fight for the first time in the bay area after spending most of training camps in the region. Ghvamichava, a Virgil Hunter trained fighter will be looking to rebound after a tough fight against top prospect, Abel Ramos that ended in a draw this past April at the USC Galen Center in Los Angeles, CA. Ghvamichava, whom is known for tactical aggression and his fabled gym wars that has been a part of. Ghvamichava will face undefeated Chris Singleton (12-0 5KOs) of Louisiana, who is looking to make a statement putting his undefeated record on the line on the road. In a clash of two tough prospects someone must take a step back in a fight that will show were both fighters are at this point in their career.

Junior middleweight Aaron “Heavy Metal” Coley (8-0-1 5KOs) of Hayward, CA coming off a hotly contested draw in his last outing that many ringside experts felt Coley dominated against John Haynes by landing cleaner, more effective punches. Coley has been labeled by many bay area boxing scribes as one of the brightest bay area prospects as he uses wily veteran maneuvers already at an early stage in his career. “I am looking to get the toughest fights out and challenge myself” Coley said this past April when speaking about his progression of his career to this point. Coley, a hard-hitting local favorite will be fighting for the first time in his native bay area and looks to put on a show stealing performance.

Oakland native, junior welterweight Bilal Mahasin (4-1) will make his return to the bay area after going on the road to fight Mike Reed earlier this year in a very competitive fight that many saw as a draw in Reed’s hometown of Maryland. Mahasin, who faced adversity in early adulthood due to incarnation has changed his life around the pursuit of boxing as well working for the betterment of the community. Mahasin, who in the lead up to the fight has been speaking with at risk teenagers prior to the fight about his own life story and lesson that could be learned from his experience hopes to showoff new aspects to his game. For Mahasin, who has yet to record a professional knockout is looking to change that on August 2nd as well as fight in front of friends, family and those whom he has been active in helping mentor with in the community.

Also on the card will be the professional debut of junior welterweight Moises Benitez fighting out of Dreamland Boxing in San Jose, CA. Fairfield, CA’s featherweight top prospect Adam Fiel (2-0 1KO) will be back in action as well as The Kennel Boxing Gym out of San Leandro, CA’s Mauricio Zavaleta (1-1 1KO) will return to action. light middleweight Wilkins Santiago (10-0-1 1KO) of Lorain, Ohio will also make his first appearance in the bay area.

A Night Of Glory: The Battle of the Golden State will take place at The Exhibition Hall at the Alameda County Fairgrounds, 4501 Pleasanton Ave, Pleasanton, CA. Doors open at 2:30 PM with the first bell at 3:00PM. For ticket information please visit www.SquareWarriors.com.