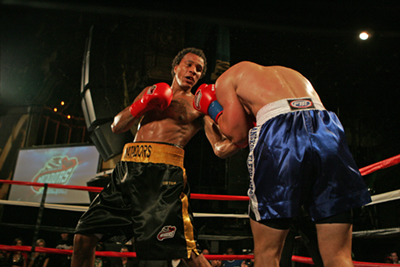 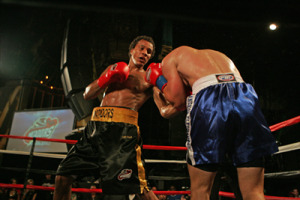 Three exciting matchups have been added to Iron Boy 16, slated to take place Friday, October 10th at the El Paso County Coliseum in El Paso, Texas.  The already-stacked card promises to wow fans with the addition of these bouts, and continue Iron Boy Promotions’ commitment to quality, high-energy boxing.

Sijuola “Juice” Shabazz (5-1, 5KO) will face Izaac Cardona (9-0, 9KO) in a six round contest.  Cardona, who defeated previously unbeaten Joey Ruelas (8-1-1, 3KO) in July at Iron Boy 14, hails from Colorado, and was immediately sought after by team Shabazz in the wake of the Ruelas fight.  Shabazz’ lone defeat came in a 2013 bout with Ruelas, and the two are now training partners at Pro Edge Gym in Phoenix, Arizona, under the tutelage of Santiago Castaneda.  Shabazz was raised in Las Cruces, and was a standout amateur and National Golden Gloves Champion.  Cardona will be looking to keep his perfect record intact in front of a crowd that will largely be in Shabazz’ corner.

El Paso favorite, light welterweight Oscar Valenzuela (8-0-1, 3KO) has been added to the card, and will face Arizona’s Jesus Aguinaga (1-3, 0KO).  Valenzuela will be returning to the ring for the first time since he knocked out Frank Maruffo (1-2, 0KO) in July. Aguinaga has faced difficult competition throughout his career.  His last three fights have been against undefeated prospects, and his career’s opponents sport a combined record of 23-3. He had over 200 amateur fights, with a record of 190-15 prior to his professional debut.  Valenzuela vs. Aguinaga promises to be a great battle over four rounds for fight fans in attendance.

Two-time Mexican Olympic National Gold Medalist, heavyweight Mario Heredia (7-1, 6KO) of Juarez, MX will be facing Gallup, NM’s Ronald Baca (2-1-1, 1KO).  Heredia, who has a broad following in the El Paso area, will be making his United States debut, having fought all of his professional fights in Mexico.  Baca will enter the ring off of a knockout win over Austin Kitchens in El Paso in July.

Michael Finney (12-1, 10KO) will be featured in the main event bout.  Las  Cruces’ Adam Vasquez (2-0, 0KO) will face Phoenix’s Estefan McCray (Debut) in a four round bout.  Las Cruces fighter Johnny Guillen (2-0, 1KO) and Phoenix’s Julio Sarinana (3-0, 0KO) will put their undefeated records on the line in a four round contest.  Jorge Pinon will face Alfonso Olivera in what will be both fighters’ debut bouts.

Phoenix resident Joe Martell (2-9-1, 2KO), who originally hails from El Paso will round out the card, along with exciting Phoenix fighter Emmanuel Nieves (1-0, 0KO), in separate bouts.