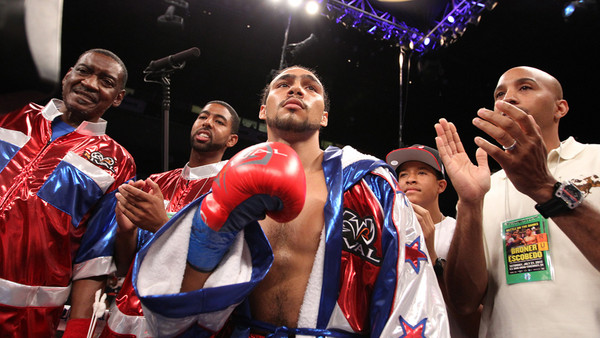 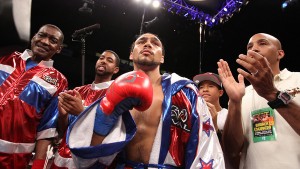 WBA World Welterweight Champion Keith Thurman (25-0 21 KO’s) headlined the inaugural episode of the Premier Boxing Champions series on NBC in March. He’s now been put in the prime-time slot on the premiere of the PBC on ESPN iteration of Al Harmon’s fledgling boxing series.

The rising welterweight contender will take on the former world champion, but current gatekeeper, Luis Collazo (36-6 19 KO’s) on July 11th from the Sun Dome in Tampa, Florida.

The undefeated contender and hometown favorite Thurman is thought to be, by hardcore boxing fans and media alike, on the precipice of superstardom in the loaded and prestigious welterweight division.

Another person that would seem to be heavily invested in the future of the talented boxer-puncher is the man in charge of the PBC, Al Haymon. By placing “One-Time” in the main event slots of arguably the two most important cards of the young promotion’s career, it’s clear that Thurman figures to be a face of the PBC going forward.

With all of the pressure that comes with such a task, Thurman will need to continue to prove that he can compete, entertain, and most importantly, win at the highest level.

“I enjoy some of the spotlight, but there are moments where it can be a little overwhelming. I’m looking forward to being champion; it’s in my dreams,” commented Thurman in a recent conference call with the media.

“Right now, I believe I’m one of the most talked about welterweights currently in the division. I believe Al is recognizing my hard work and dedication to the sport, and we’re just going to try to keep moving forward man and hopefully just live up to the hype.”

Coming off a lopsided near white washing of Robert Guerrero in March, save for a few exciting moments of danger, Thurman is looking to have another impressive performance on a spotlight as bright as ESPN.

Many pundits and fans believe that it will be the powerful 26-year-old that takes the reigns from Floyd Mayweather and Manny Pacquiao in the 147 lb. division.

While some fans clamor for Thurman to take the next step up in competition and fight the elite in the division, he knows the importance of consistently getting better in the ring, all the while cultivating and expressing a captivating personality outside of it.

Being one of the faces of a company requires not only success, but the appeal that brings eyes to the television and bodies to the arena. Another win on the prime time stage will put him one step closer towards proving he’s worthy of and able to maintain that status within the upper echelon of modern boxing.

“Boxing is nothing but politics, too. If there weren’t any politics, it would just be street fighting. So it’s an industry, it’s a business, and it takes time. I’ve been on the scene for three years now and just earlier this year I got my first fighter in the top ten and to a degree it’s a struggle man, but it’s a grind, and I look forward to the grind. I enjoy the grind. My whole life all I wanted to do was be a professional boxer, and here we are world champion man.”

Thurman is a fighter that understands this beloved sport of ours is also a business.

Thus far, the champion has shown not only ability to be a top class fighter in boxing for years to come but one of the stars that drives the sport into its next era. Only time will tell if he can fulfill that potential.