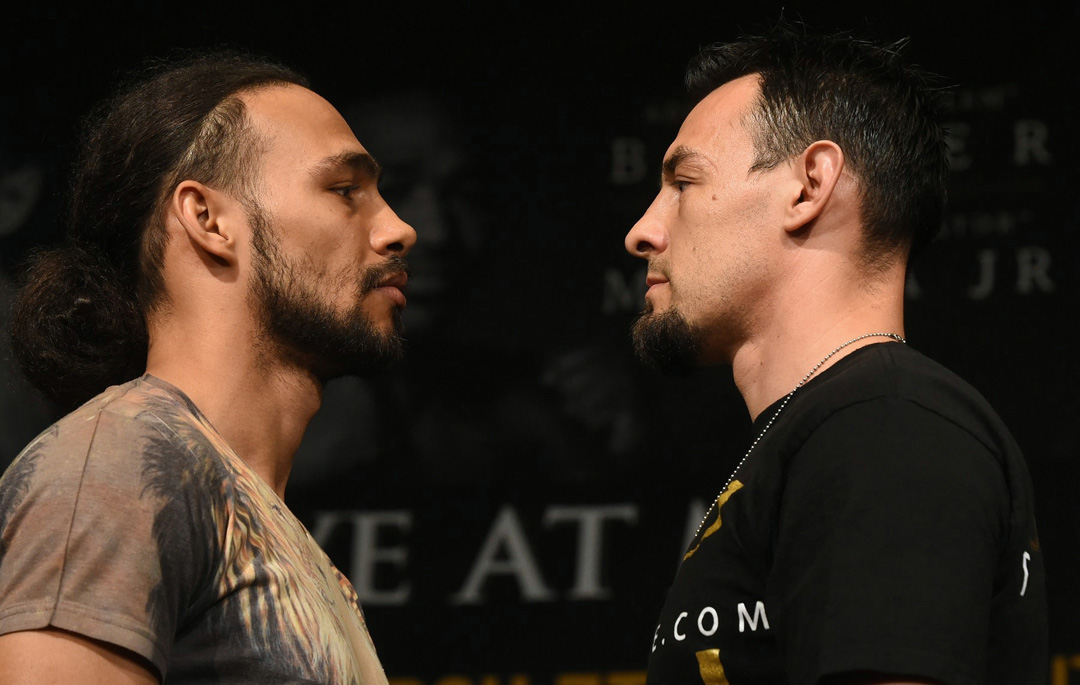 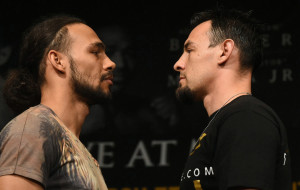 Boxing has officially returned to primetime network television. Premier Boxing Champions’ action packed main event did not disappoint as Keith “One Time” Thurman (25-0 21, KOs) won a clear unanimous decision over Robert “The Ghost” Guerrero (32-3-1, 18 KOs) in a great fight that lived up to expectations.

There was no feeling-out period in this fight, as Keith Thurman sprung out of his corner with an attack that had Guerrero on his heals. Thurman continued to push the action and land crisp combinations that seemed to have Guerrero flustered in the beginning of the bout. Although “The Ghost” was able to land some nice counter punches; Thurman was landing the heavier blows with more consistency.

In the third round, right when it seemed like frustration was settling in for Guerrero, an accidental headbutt caused a massive hematoma up near Thurman’s hairline above his left eye. Guerrero seemed bolstered by the damage to Thurman and put together his best two minutes of the fight up until this point.

As the fight went on, it was becoming apparent that while Guerrero’s chin was certainly up to the task, Thurman’s punches were doing more damage. Guerrero would land some great counter shots, but they never seemed to deter Thurman’s pursuit.

The exchanges seemed to increase as the fight progressed, with both fighters getting their shots in with varying degrees of success until Thurman seemed to take a breather and incorporate some fantastic movement that kept Guerrero at a distance and unable to press the action in the 7th and 8th round while Thurman was still able to land some heavy duty bombs at his leisure.

It was in the 9th round that both fighters would show the network television audience, exactly what makes these two fighters the stars that they are. Thurman unleashed an explosive combination that simultaneously opened up a cut above Guerrero’s left eye and made him crumple to the canvas. Guerrero rose to his feet and showed the world a champion’s heart as he weathered a blistering onslaught from Thurman to get out of the round.

Guerrero was still hurt going into the 10th round, but Thurman was unable to capitalize. Once there was a lull in the action the fight was stopped so the corner could tend to a very convenient strip of loose tape on Guerrero’s glove (well played, Ruban) at that point the action seemed to be reset throughout the rest of the round.

In the 11th round, Guerrero won the hearts and minds of those in attendance with a truly gritty performance against a man well ahead on points and unwilling to exchange. Guerrero came forward, pressed the action and had Thurman against the ropes for the later half of the round while the crowd would boo Thurman any time he would get on his bicycle.

It was these points in the 11th round that I was afraid Thurman’s unwillingness to exchange at the end of the fight would overshadow his performance but that would not be the case as both fighters, clearly exhausted, did their best in the 12th round to leave the audience with something to talk about.

After what I dubbed an “inauspicious” opening bout between Adrien Broner and John Molina Jr., Thurman-Guerrero was exactly what was needed to make the Premier Boxing Champions debut a success. The PBC brand was elevated, and both Thurman and Guerrero took advantage of the exposure and put on a show that the public will remember.