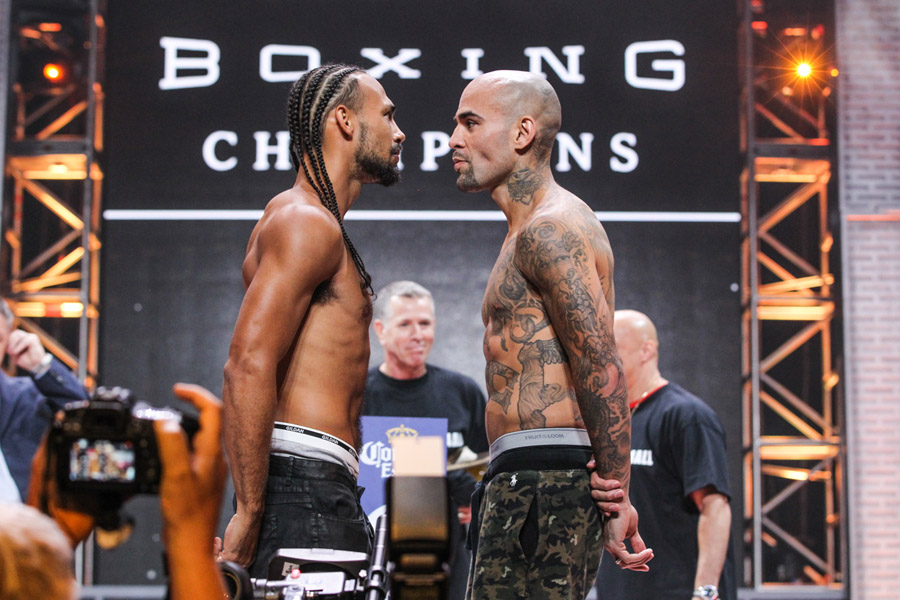 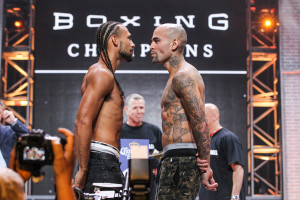 With the welterweight division seemingly up for grabs, Keith ‘One Time’ Thurman is trying to make his way to the top and will be headlining another Premier Boxing Champions card against notable veteran Luis Collazo Saturday night in Tampa Florida.

Although his resume includes a recent win over Robert Guerrero in March, Thurman’s critics point to that fight as his sole victory over a name opponent. Thurman fans want to see him tested against fellow welterweight standouts such as Shawn Porter, Kell Brook or even Amir Khan.

Thurman (25-0, 21 KO’s) has gone the twelve-round distance in his last two fights, and some doubt his ability to score a knockout at the elite level. However, Thurman insists that at this point in his career opponents simply try to make it to the final bell.

“At the end of the day I still hold one of the highest knockout ratios in the welterweight division,” Thurman said in a conference call before the fight. “At this level, no fighter is coming to get knocked out, they know what they’re up against and they know they’re up against dangerous fighters. The number one rule in boxing is protect yourself at all times, and they’re aware of that.”

Collazo (36-6, 19 KO’s) to his credit is well experienced and has performed admirably against top fighters in or near their prime. Collazo has shared the ring with Ricky Hatton, Shane Mosley, and Andre Berto and while he lost to each of them, he managed to last the twelve-round distances.

“I believe Keith Thurman is doing a heck of a job,” Collazo said, comparing Thurman to his past foes. “He’s undefeated, I don’t take anything away from him. In this sport, anything can happen. I’m just coming in here prepared for this fight July 11 and you can count on me bringing my best to the ring.”

Collazo may be experienced, but he is the prototypical opponent to bring in for an A-side opponent to look good against, as evident in Collazo’s latest setback against Amir Khan in May 2014, another twelve-round loss.

That loss came after Collazo upset Victor Ortiz in a fight in which Collazo was brought in to make Ortiz look good, but instead he knocked out the boxer turned actor in two short rounds.

Collazo acknowledges the position he is in, but he is prepared to pull off another upset.

“I just have to stick to my game plan,” Collazo said. “I’m prepared to go out for this fight and stick to the game plan and do what I do.”

This will be the PBC’s debut on ESPN and it will be in front of Thurman’s home crowd in Florida, who will expect their man to blow away his opposition.

Thurman will be defending his WBA welterweight title that he won in his fight against Guerrero. While many are looking past Collazo, Thurman is a well-schooled student of the sport and says he is focused on the task at hand.

“It takes time for big fights to brew up,” Thurman said. “(Me and my team) can take one bite at a time. We’re looking forward to July 11; we train for July 11. We’re not training for anything else and I’m happy to be performing in my hometown defending my title in my hometown and putting on a show on ESPN. It’s going to be an exciting event.”