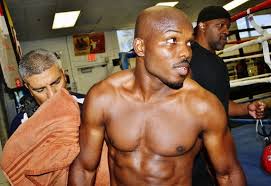 When fighting a very dangerous opponent such as Manny Pacquiao it is important to heed the advice given by fighters who have fought him before and were successful or had successful moments.

Tim Bradley fought Pacquiao over a year ago and despite the controversy of the decision was victorious. Bradley is a very smart boxer who has studied Pacquiao and had his moments against the Filipino icon. Bradley has stated in a conference call that Brandon Rios who is set to face Pacquiao on November 23rd should close the distance and when Pacquiao is on the ropes let loose because Pacquiao has the habit of putting his arms up to block his face and not firing back.

“This is not Mike Alvarado,” said Bradley. “Manny has speed and power. Expect Manny to be quick and elusive. He’s difficult to hit because he’s always angling out. Pacquiao will need to fight on angles. If Rios can close the distance, he’ll be successful.”