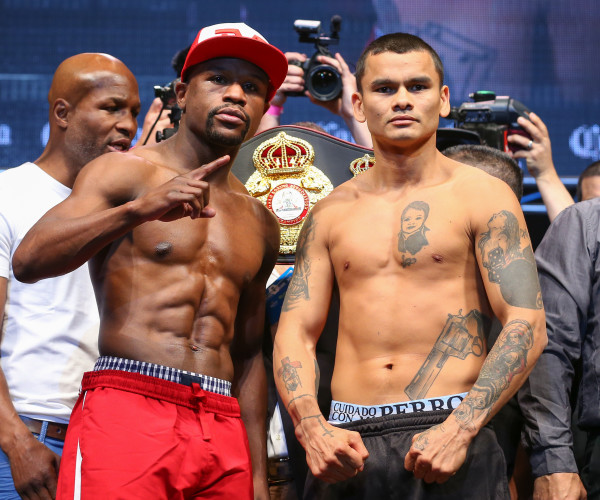 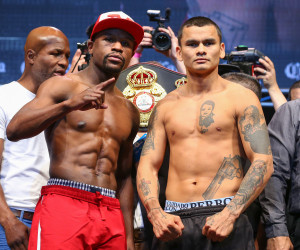 Recently pound for pound king, Floyd Mayweather Jr. and his September 13th opponent, Marcos Maidana, gave camp updates and insight into their game plans for their upcoming rematch later this year. Both fighters seem to be brimming with confidence and assurance that they will be victorious in the rematch. Mayweather stated that, “The first fight was action packed for the first four rounds before I took control. He has the will to win like I do… It’s another blockbuster. On September 13, I will be faster. I will be stronger. I will be a better fighter. This time around it will be a more exciting fight.”

Meanwhile Maidana, in his typical fearless attitude exclaimed, “I don’t know if I’d say this will be easier because even the first one, I didn’t find very difficult. But I already know him and I think it’s a great advantage that I already know Mayweather because he hasn’t given a lot of fighters the rematch.”

Whilst both fighters seem to be as confident as ever, it still seems that Maidana might be underestimating Mayweather and his unequaled skill to adapt to any foe. Floyd alluded to as much by saying, “I think that every time that Maidana has gone out and fought opponents, other opponents and even myself, he’s done the same thing. Whereas out of the 45 that I’ve faced, I was able to do different things. I can box. I can counter punch. I can box on the move. I can counter punch on the move. The only way that he can fight is to slug.”

Whereas Mayweather is a well-known attention seeker, Maidana says, “I don’t like the media attention, but I have to do it. It’s part of my job for the fight and for the promotion. I think more attention is coming because Mayweather is very well known and when you give him trouble and give him a good fight people start to recognize you.”

Floyd is definitely a very good businessmen and is very adept at selling a pay per view. Almost no hard-core fan or boxing expert is expecting the rematch of the May 5th fight to be more exciting than the first meeting between the two. More than likely the fight will be a boxing clinic by Mayweather in which he moves and counter punches while avoiding resting on the ropes as he did in the initial encounter.