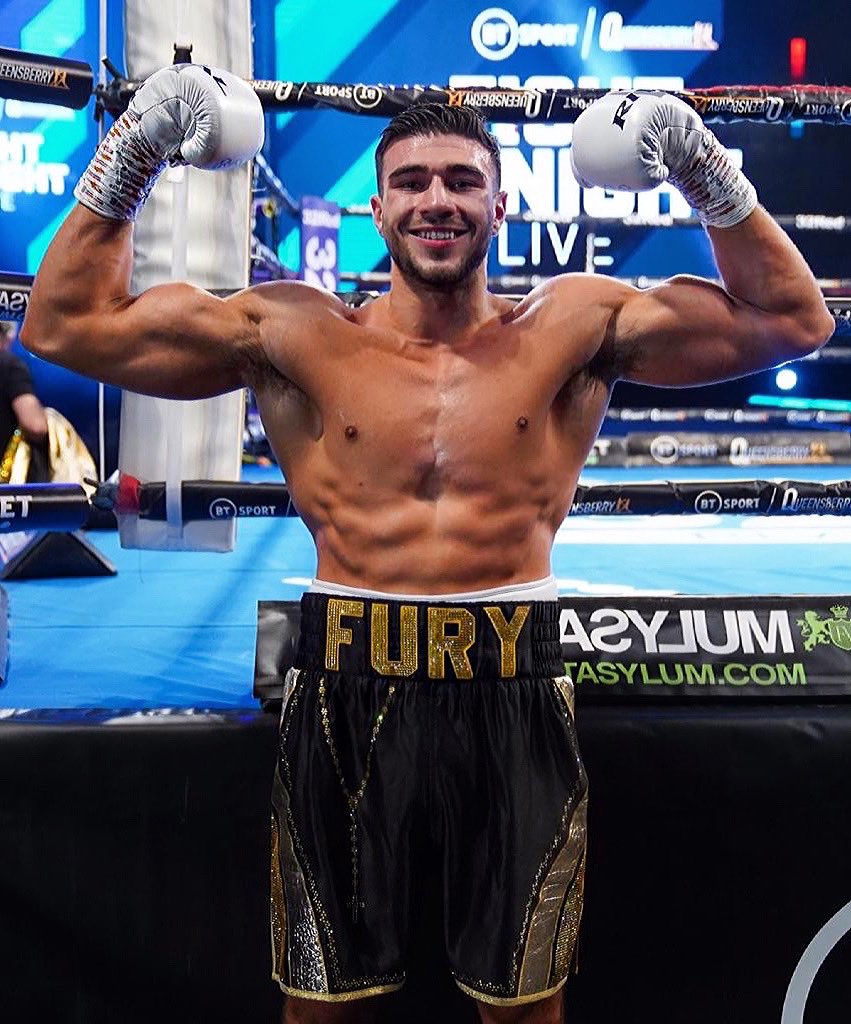 Ask and you shall receive, but be careful what you wish for. Those are two sayings that Jake Paul should learn to live by, especially if he wants to prevent some brain damage down the road.

Paul took to social media to voice out the “hatred” by an “old” Canelo after Canelo kicked two people out of the ring who were wearing Jake Paul and Ben Askren shirts after his fight. Paul got a little butt-hurt and went off on a tangent for certain fighters not yet getting a shot at Canelo meanwhile he has not faced a legitimate boxer and wants to be the top dog.

After the Canelo rant, Paul went on to talk about a Tweet by Tyson Fury which Paul found amusing. That was until he got to the bottom of the tweet when Tyson told Paul to fight his little brother Tommy Fury. Paul, being a fan of Tyson referred to Tommy as being the literal shit that Tyson would push out of his ass and stated that Tommy should be the one to call him out. As I said at the beginning of this article be careful what you wish for.

“So I see somebody has a little something to say,” stated Tommy via social media. “Mr. Jake Paul, I don’t need anybody to do my dirty work. I’m calling you out meself right now. You can fight me anytime, anyplace, anywhere. All you have to do is get in touch.”