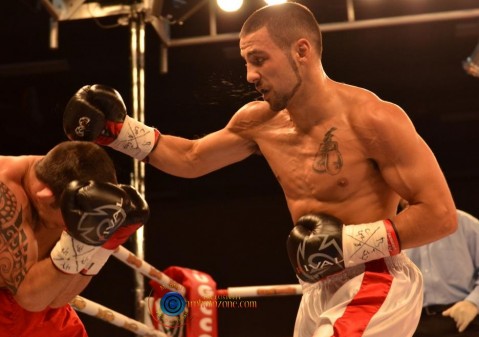 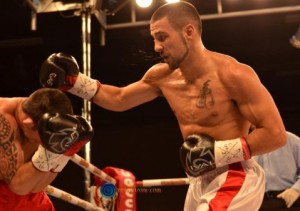 When Tony “The Lightning” Luis (18-2, 7 KOs) steps into the ring on Jan. 30 at Foxwoods Resort Casino to face undefeated Philadelphian Karl “Dynamite” Dargan (17-0, 9 KOs) many will consider him the opponent in their battle for the WBC Continental Americas Lightweight Championship but Luis feels he has already proved he has the perseverance and resilience to give Dynamite a run for his money.

“I have much respect for Karl Dargan,” said Tony. “He is slick and quick. In short he is good. To be the best you have to beat the best. I am coming to fight and to win. We both have our work cut out for us. I will be prepared for anything. I know I am the ‘B’ side fighter and he has had the investment and protection I have not had in my career and it will slant in his favor. I have to fight harder and do more. I have been here before. The pressure is on him to stay undefeated. I have been there in his shoes. I will see Karl Dargan in the ring on Friday, Jan. 30 and may the best man win. To the victor go the spoils.”

Lightning Luis did not take the typical road to professional boxing that so many other fighters have. Instead he received a degree from St. Lawrence College in Cornwall, Ontario in Police Foundations. He had planned to become a police officer but then found that his true calling was working with children. Luis decided to pursue a career in social work and became a drug and alcohol rehabilitation counselor at a boys’ group home on an Indian reservation in his native Canada. This position, which he still holds today, allows him to work with kids both inside and outside of the boxing ring. His job also allows him to pursue his other passion which is his professional boxing career.

Luis turned pro in 2008 after a rather impressive amateur career. He decided he wanted to make his professional debut instead of waiting for the next Olympic qualifiers. Although he won his first 15 professional bouts, his early career was not without heartbreak. A week and half before his third professional fight Tony’s mother died suddenly from an unexpected aneurism. Despite pleas from his father/trainer, Jorge Luis, to withdraw from the fight, Tony proceeded. He defeated Mario Andrade via a fourth round unanimous decision.

He suffered his first professional loss, and only career knockout loss, on ESPN to Jose Hernandez. Despite the loss, Jorge believes it was the best thing that could have happened to Tony at the time. He said, “In retrospect it was a good loss because Tony was at a point where he felt he was invincible. Sometimes, when these young guys get to a certain point, they think they are invincible. They think that they got it down pat. He had scored a few stoppages there. He felt they were all going to go the same way. He got a harsh lesson that night from Hernandez who was just a better man that night.”

Tony won his next two fights before suffering a controversial unanimous decision loss to Ivan Redkach for the USBA Lightweight Title. This loss still leaves a bad taste in his father’s mouth who said, “I have never digested that loss. I still get comments everywhere I go that the fight should have been at least a draw or we should have been on the winning end of a split decision.” However, just like the other hurdles Tony has had to overcome in his career, this loss instilled in him a sense of perseverance and resilience.

Luis’s promoter, Greg Cohen, of Greg Cohen Promotions added, “As always, it’s terrific working with Main Events and I’m really pleased to be part of this wonderful event. This is exactly the type of fight Tony needs to win to get to the world championship level. He is one of the most intelligent, professional fighters I have ever worked with and I know he is going to perform on Jan. 30 and have the career defining performance he needs. Karl Dargan is an excellent fighter as well and I expect a terrific fight that will have the fans entertained from the opening bell on. I’m really looking forward to this one!”