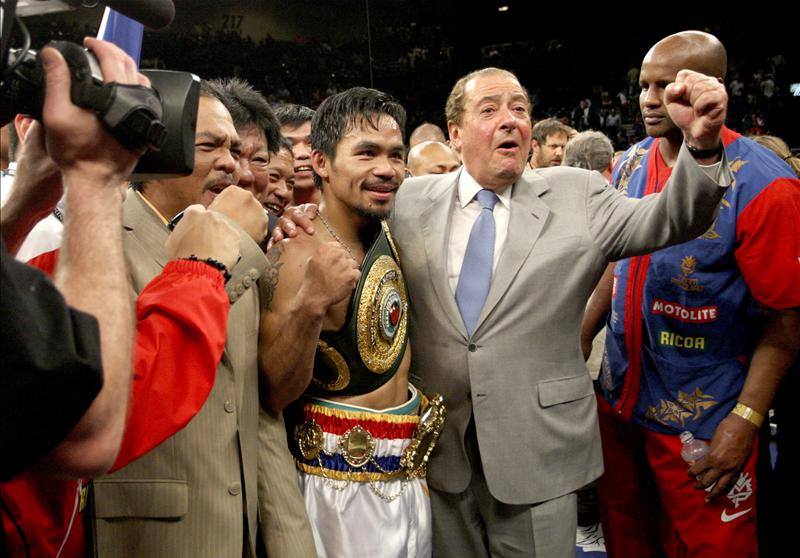 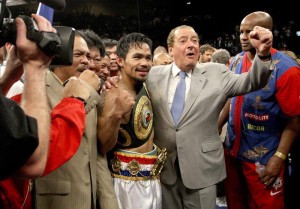 Top Rank heading to Dubai in the fall? That’s something hall of fame Promoter Bob Arum has been looking into. It shouldn’t be looked upon as something out of the ordinary. Top Rank has set foot in China and opened up new frontiers in boxing.

In an interview with Emirates 24/7, Arum says Dubai can be a great market for boxing..

“I’ve been intrigued since the only time I came to Dubai was when Sol Kerzner when the Atlantis Hotel was opened. I’m not unfamiliar with the city. I was blown away with the hotels, restaurants, the amenities in Dubai, and I really look forward to interesting the people in big time boxing,” stated the hall of fame promoter.

What Arum did in Macau was corner the market with local talent, mainly one Zou Shiming, who is a sports icon in the country. So how are the folks in Dubai going to get reeled in. The hook might be Manny Pacquiao.

“Right now we are planning November event. Hopefully, Manny will come to it as a guest. We will have three of four title fights on the same night. It will be a spectacular event. If it is successful we will look forward to doing a Pacquiao fight in Dubai next year,” said Arum.

Arum feels the sport of boxing needs to be globalized like it was in the golden era and feels his company has what it takes to do what they have done in the past.

“What my company (Top Rank) has done is a testament to how boxing can be popularized in the largest country in the world. And I think with this event in Dubai, boxing will reach new levels of popularity in Dubai. The indigenous population in Dubai will take to the spectacle. And then I know thousands and thousands of Filipinos who are among the greatest boxing fans in the world. I have done lot of fights in the Philippines. I know the Philippines market overseas because of my years promoting Pacquiao,” said Arum.

Should Amir Khan keep on his winning ways, it might be Pacquiao and Khan in Dubai.