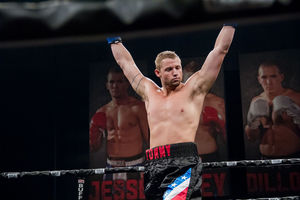 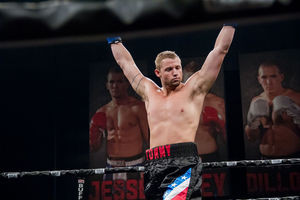 “Freddie and I connected well during our first session,” said Lippe-Morrison, who was previously trained by fellow legend Jesse Reid before logistics amicably ended their relationship. “It means the world that Freddie wants to work with me because I’m only 8-0. The majority of his fighters are at the championship level, and I’m not there yet. I expect to get great sparring at the Wild Card Gym and receive constant feedback from the training staff.”

With a perfect 8-0 record, Lippe-Morrison’s dynamic punching power had Roach raving amongst his peers at Wild Card. On May 30, Morrison continued his path of destruction, stopping Thomas Jones in the second stanza. Having drawn comparisons to his late father Tommy Morrison, Trey’s working extremely hard to improve and show the boxing world his skills make him worthy of attention, not his last name. A staple at the Buffalo Run Casino in Miami, OK as part of the “Four State Franchise,” Lippe-Morrison has what it takes to become America’s next great heavyweight according to Roach.

“I’m really looking forward to working Trey’s corner for the first time later this month,” said Roach. “He has tremendous power in both hands. We’re going to knock a lot of people out!”

Lippe-Morrison’s Promoter Tony Holden of Holden Productions is overjoyed that his prized prospect is training with the man widely considered the best trainer in the sport and believes the sky’s the limit.

“I’m excited to have Freddie on board,” said Holden. I knew Trey was special, but Freddie working with him confirms that. Trey’s dad was a great fighter who’s biggest attribute was power. Trey has more raw power than his father did, and I truly mean that. It’s going to be great to see his career develop under Freddie Roach.”

Lippe-Morrison’s first match under the tutelage of Roach comes August 29 at Memorial Hall in Joplin, MO.