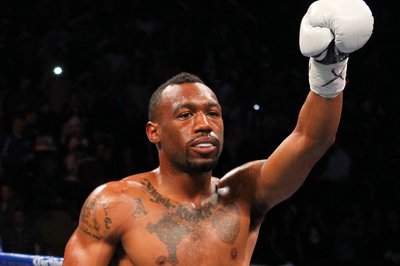 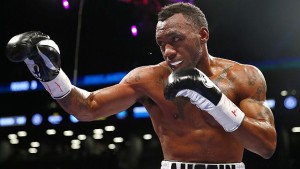 Rumors began circulating Sunday night that a potential middleweight title fight between Billy Joe Saunders (champion) and Austin Trout was on the table. However, recent reports have since squashed the proposed matchup and as confirmed on Boxrec, Saunders will be making the first defense of his WBO middleweight title against Max Bursak—a promotion taking place at the Copper Box Arena in London.

However, before Jake Donovan spoiled the fight by reporting the Saunders-Bursak title bout, Thaboxingvoice reached out to Austin Trout regarding the reality of the fight and his interest in it.

“I heard those rumors yesterday. I never thought about it before but I like that fight. You already know I’m down to go there and take the belt but it definitely peaks my interest,” Trout said in a statement via text.

Despite the failed attempts at securing a matchup between Trout and Julian “J Rock” Williams, the fighter from Las Cruces, New Mexico maintained a reputation for taking on all comers. Aside from the more recent squandering of Trout-Williams, it was always understandable why Trout was hesitant to engage talks with the young “J Rock” based on the fact that Trout has earned his position as one of the top fighters in the junior middleweight division. Williams is plenty talented and good enough to be in the fight with Trout, but it is Trout that should be making demands and seeing them fulfilled, which is likely the reason Williams moved on from the fight altogether.

Trout has been in the ring with Miguel Cotto, Saul “Canelo” Alvarez, and Erislandy Lara, and, in each of those fights, Trout was hoping to gain major prominence from a win over the best fighters at 154lbs at the time.

It stands to reason that he’d have no problem moving up in weight to challenge for another title in a different weight class. However, it looks like he will have to wait a bit longer if he hopes to challenge for that specific belt at 160lbs. Still, there are plenty titles to be won, although they are mostly controlled by Gennady Golovkin with the exception of the WBC belt currently held by former Trout opponent Canelo.

But by the time Trout is in the position to challenge a middleweight champion, Golovkin will likely have Canelo’s belt as well. So it makes sense that if Trout really wants to challenge for a middleweight title then he should start campaigning at the weight class in his very next outing.

Trout has competed in catch weights in his last three outings and hasn’t weighed in as low as 154lbs since his unanimous decision win over Daniel Dawson in August of 2014.