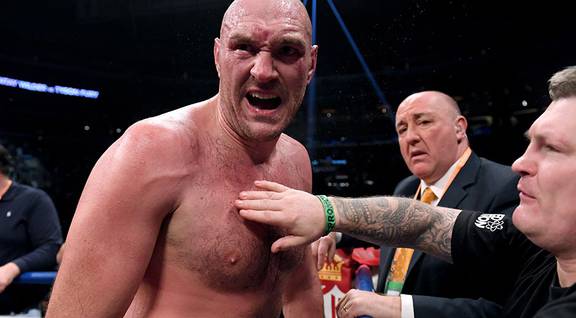 When you’re on top of the world everyone wants a seat at the table with you. When you’re down in the dumps no one would piss on you to put out a fire. A true friend is with you in your highest highs and your lowest lows. On May 8th, Billy Joe Saunders suffered one of if not the lowest point in his professional career when he did not answer the call for the ninth round against Canelo Alvarez.

Prior to the fight, Saunders had boasted about his greatness and not giving a shit about Canelo. He also stated that he wouldn’t quit if/when the going gets tough. Turns out that was not the case.

Saunders suffered four orbital fractures and the fight was called. There are many that boo and criticize Saunders but very few have stuck by him. Tyson Fury is one that has stuck by him.

“People love to hate on others willing to chase their dreams,” Fury stated in a social media post. “Billy Joe Saunders tried to be great last night! it wasn’t his night but at least he had the bottle to follow his dreams & heart , he will always be my bro. We go back to 15/16 [years old]. What a night to remember in 30 years [in] Dallas.”