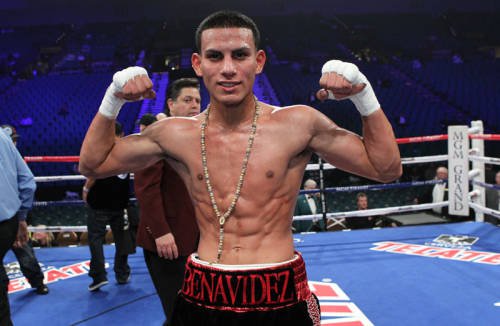 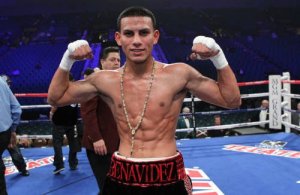 Interim WBA junior welterweight champion Mauricio Herrera will defend his title against blue-chip prospect turned overnight contender Jose Benavidez Jr. on the HBO televised undercard of Timothy Bradley’s return fight on December 13th at The Cosmopolitan in Las Vegas. The card is shaping out to be a tripleheader, with Matt Korobov facing Andy Lee for the middleweight world title Peter Quillin vacated acting as the third fight, but it has yet to be approved by HBO.

This is a significant fight for many reasons. First, it is further progress in the absolving of boxing’s “Cold War” between Top Rank, who promotes Benavidez Jr., and Golden Boy, who promotes Herrera. This will be the second negotiated fight between the two former rivals.

Secondly, it is a solid matchup and could end up being a fun scrap when it is all over with. Herrera, who gave Danny Garcia all sorts of fits in their March matchup, won his interim belt in July against Johan Perez.

The most intriguing storyline to me personally is Jose Benavidez Jr.’s sudden step up in competition. He has yet to face anyone as talented as Herrera, and most recently he fought in only his second scheduled 8 rounder. Until then, he had been garnering criticism for continuing to compete in 6 round fights.

Benavidez was one of the busiest prospects in the game and at age 22 he has tallied a 21-0 record with 15KOs. But hand injuries forced him to deal with layoffs and as a result he competed just once in 2013. He may seem young, but he is a phenomenal talent, and that is what makes this matchup so interesting to me. Any other prospect and I’d consider this a mistake, but Benavidez is a special fighter. I may be in the minority but I consider him the slight favorite heading into the fight.

Benavidez was such a tremendous prospect that the Nevada State Athletic Commission gave him a special waiver to turn pro at age 17, even though the rule is 18. You can see why such a fight makes sense, even with Herrera’s reputation for ruining his opposition’s plans and that of their promoter’s.

“He’s ready to fish or cut bait,” Arum said. “You got to take a shot at some point. He wanted this fight. You win, you go on; you lose, you go back to the drawing board. But at a certain point, you have to take that plunge. This is a good fight, and if he wins, he’s ready to fight anybody in the division.”

According to Dan Rafael of ESPN, the bout was originally scheduled to be a non-title fight scheduled for 10 rounds, most likely for Benavidez’s benefit, but the Benavidez camp insisted the title be on the line.

It is a bold move for a multitude of reasons. First, an extra two rounds is an advantage for Herrera, who has experience with long, grinding wars with the likes of Ruslan Provodnikov and Mike Alvarado, giving the former his first professional loss. Also, the title is utterly meaningless and has little value.

Still, I give Benavidez Jr. a ton of credit for stepping up in a major way. The fact that the title is a paper championship doesn’t take away from the significance of beating Herrera, although the title does little to add to it.

The battle between a forged Golden Boy/Top Rank alliance and Al Haymon will get very interesting in the coming months. But for now, Golden Boy and Top Rank are the ones winning because they are the only ones actually competing. Haymon continues to prevent his fighters from competing in interesting fan-friendly affairs while Golden Boy and Top Rank are working together to secure their continued dominance in the sport of boxing.

I’m just saying, I never thought I’d be more interested in seeing Herrera’s next fight than I would be in seeing Danny Garcia’s.