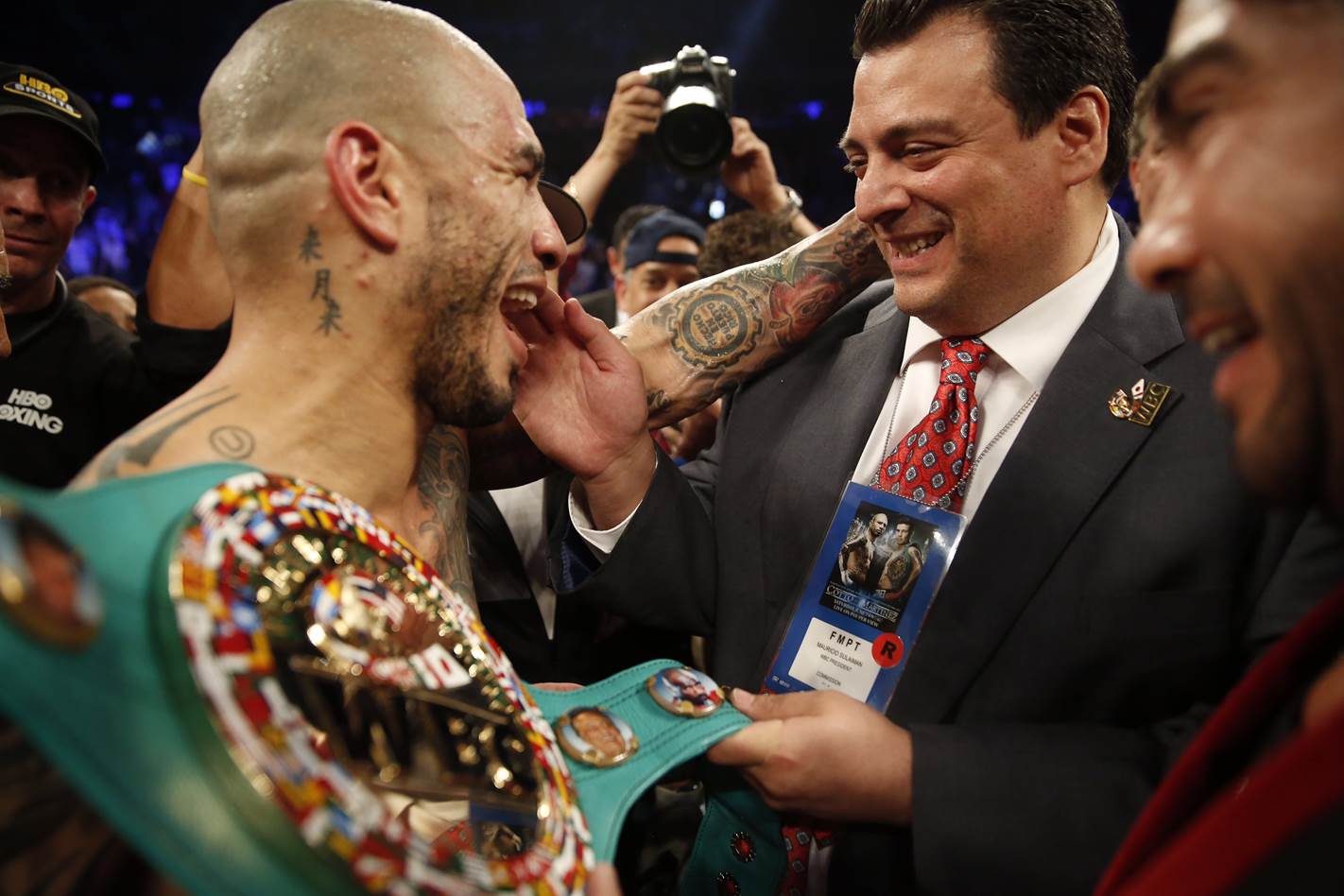 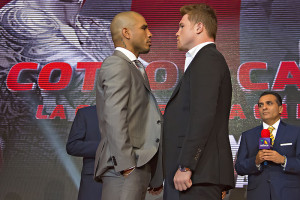 With the highly anticipated showdown between lineal middleweight champion Miguel Cotto and Mexican cash cow Saul “Canelo” Alvarez only four days out, the WBC announced that it “no longer recognizes” Miguel Cotto as the WBC champion in the middleweight division. The news is extremely surprising for so many reasons, but none more incredible than the timing of the announcement.

Cotto and Canelo will meet this Saturday on HBO PPV in front of a stellar crowd in Las Vegas. The Puerto Rico-Mexico rivalry is as heightened as ever and nothing can get in its way or hinder the anticipation.

Regarding this matter, the WBC said in a statement:

“The World Boxing Council worked tirelessly through a process that began over two years ago to secure the celebration of the highly anticipated fight between Miguel Cotto and Saul “Canelo” Alvarez.  The WBC is proud of that accomplishment that is giving boxing fans around the world a very important fight to see.

After several weeks of communications, countless attempts and good faith time extensions trying to preserve the fight as a WBC World Championship, Miguel Cotto and his promotion did not agree to comply with the WBC Rules & Regulations while Saúl Alvarez has agreed to do so.  Accordingly, the WBC must rule on the matter prior to the fight.

The WBC’s decision is premised on the fact that Miguel Cotto and his camp are not willing to abide by the governing WBC Rules & Regulations, and the specific conditions the WBC established to sanction the fight.  Simply put: they are not willing to respect the very same rules and conditions which applied to Cotto becoming WBC champion. The WBC wishes Miguel Cotto the best of luck as we truly regret the course of action which led to them taking such decision.”

The statement never gave any specific details on the infractions Cotto and Roc Nations Sports committed which led up to the decision to strip him of the WBC title.

However, Dan Rafael of ESPN reports that Cotto refused to pay the WBC’s $300,000 sanctioning fee, this according to a source “involved in the fight.”

If Canelo is successful in defeating Cotto on Saturday night, he will be awarded the vacant WBC middleweight championship because he did pay his mandated WBC sanctioning fees. But should Cotto come out victorious, the WBC’s interim champion Gennady “Triple G” Golovkin will be elevated to full champion.

While the news is deflating, it does add a certain dynamic and presents a whole new interesting storyline as Golovkin somehow finds himself immersed in the action. Some may presume that in light of this new information Golovkin will be rooting for Cotto this weekend, but that is not necessarily the case – in fact, I highly doubt it.

The WBC belt was one of the few reasons anyone considered Golovkin versus Cotto/Canelo winner next at all a possibility considering “Triple G” is the mandatory challenger for the WBC middleweight title. And Golovkin preferred to win the title as opposed to being handed the belt, I’m sure. He has no desires of simply being given the title, although he is presumably the better middleweight and the only one actually fighting at 160lbs.

Now that Cotto’s interest in the WBC title is gone, any chances of Golovkin facing him are out the window, and Golovkin was always more interested in the big name behind the title. Still, Gennady has said on several occasions that his interest rests in becoming the undisputed middleweight champion – a Cotto win gets him one step closer.

The rest of the WBC’s statement focused on them making sure we know they are a “non-profit governing organization” and that they always follow their own “Rules & Regulations.” The problem is both of those statements can be criticized.

First off, if Rafael’s source is correct, which is a safe bet, then the “non-profit” is arguing money owed. Second, they break their own rules constantly. I agree that Cotto, who is making millions for this fight, could’ve forked over the cash for the betterment of the promotion, but the WBC is kidding themselves is they think this fight loses anything from not having it completely sanctioned.

Also, it is still being sanctioned. How crazy is it that they strip Cotto and then allow the other fighter to claim the title? This belt should be awarded to the interim champion because that’s exactly what they’ve done in the past, although they’ve broken that rule before to be fair.

If you truly think about it, this has little to no effect on anyone because if Canelo wins he is still the WBC champion and if Cotto wins he won’t be, but consider the fact that he was likely to relinquish the title in an effort to avoid the Golovkin fight and you realize that we have arrived at the inevitable in a quicker manner.

Cotto realized that he could save himself $300,000 now and have the WBC take the title from him, which looks a lot better than vacating the title after defeating Canelo and having everyone call you a “duck” for not fighting Golovkin.

If you truly consider his options, this was probably always in the plans for Cotto. At this point, whatever gets these two fighters in the ring is the best decision.