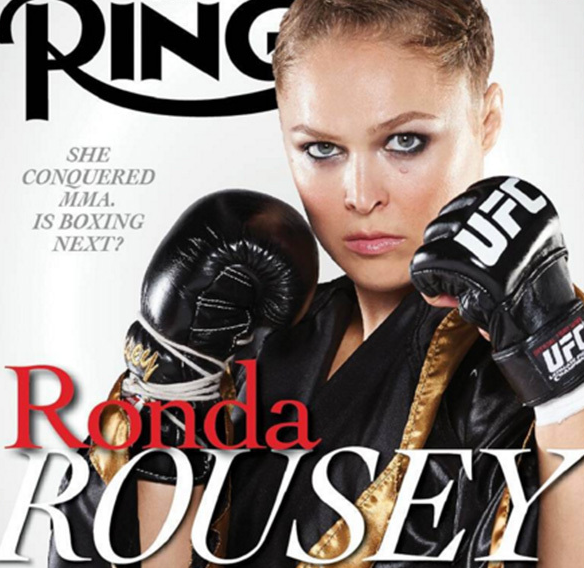 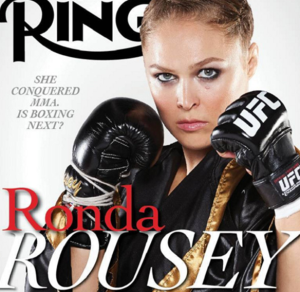 History was made this week when it was announced that UFC superstar Ronda Rousey will be the first female fighter and the first mixed martial artist to grace the cover of “The Bible of Boxing” Ring Magazine which irritated boxing fans. The issue is set to hit newsstands on November 15th.

Rousey is currently one of the biggest names in sports today, especially in the world of mixed martial arts where she may get more recognition and attention than male fighters. In 2012, she became the first female fighter to sign with the UFC and is the current women’s bantamweight champion with a total of seven successful title defenses. In her next defense, she will take on former women’s boxing champion Holy Holm.

Rousey, as well as many other members of the UFC, have been calling out boxing superstar Floyd Mayweather for quite some time now. Several members of the boxing community have stated that they would love to see Rousey make the switch over to boxing to see how she would do in the sport, and why not? She calls out boxers quite often so what better way to fight than to come over to the sport of the athletes that she is challenging? It makes you wonder what would happen if she made the switch over, what could she bring to women’s boxing?

The biggest thing Rousey could do is bring the spotlight to women’s boxing, which has been largely ignored by the media. Rousey fighting in a boxing match would garner much attention. If Rousey wishes to succeed, then she needs to fight the best in and around her weight division and do so victoriously.

If she fights low-level fighters it will be seen as a media stunt, and if she loses then there will be excuses given such as boxing is not her sport. She often trains for boxing; she is involved in combat sports, so why not? She could help bring gender equality to boxing and possibly make more money (seeing as boxers often tend to make more than MMA fighters).