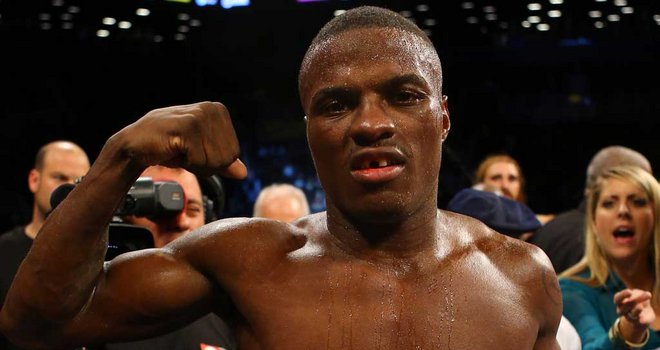 In October of 2012, Peter Quillin (31-0 22 KO’s) won the WBO world middleweight title against Hassan N’Dam N’Jikam in an exciting fight at the Barclays Center where Quillin managed to score six knockdowns to win a unanimous decision.

However, since that fight Quillin has been treated more like a prospect rather than a champion by his handlers.  After winning the title from N’Dam, he has been defending it against subpar opposition.  The most notable name Quillin has defended his title against is gate keeper Gabriel Rosado who was 21-6 13 KO’s at the time.  It’s extremely obvious that Quillin is nothing more than a prospect with a world title belt much like “Canelo” Alvarez was when he won the WBC Jr. Middleweight Title from Mathew Hatton.  Situations like this are becoming increasingly more common in the sport where prospects who are still building their way up to the top are being handed world title belts.  But what disappoints me even more is when a fighter is questioned as to why he isn’t defending his title against top contenders and he gives the typical “I’m not a matchmaker, I’m just a fighter” answer.

A few weeks back Tha Boxing Voice got the opportunity to ask a few questions to Quillin after his last win against little known Lukas Koneccy.  After receiving a question regarding potential fights with Curtis Stevens and Daniel Jacobs Quillin talked a little bit about the impossible task of  trying to unify the belts.  He finished off by stating, “ I am not a matchmaker and I’m never going to act like a matchmaker.  A lot of guys pull the strings in boxing, I’m not one of those guys.  The only things that I do is hit the gym and get ready for the best.”  Quillin certainly doesn’t sound like a guy that’s eager to test himself against the top contenders which is fine with me as long as he stops calling himself a world champion.  He has won the WBO Title about two years ago and has yet to defend it against a top level fighter.  This is exactly what we don’t need in the sport of boxing, contenders being handed trinket title belts just so they can be called world champions by the network commentators.

This past weekend David Lemieux (31-2) got a good win under his belt against Fernando Guerrero on Showtime, so maybe he is being built up for a possible Quillin opponent in the future.  However, that is still not a satisfying opponent for Quillin as a world titlist to defend his championship against because Lemieux is not on the world class level and has been stopped numerous times.  Hopefully, we as fans get some news on who Quillin will be facing next and hopefully it will be in against a contender such as Sergio Mora or Curtis Stevens.