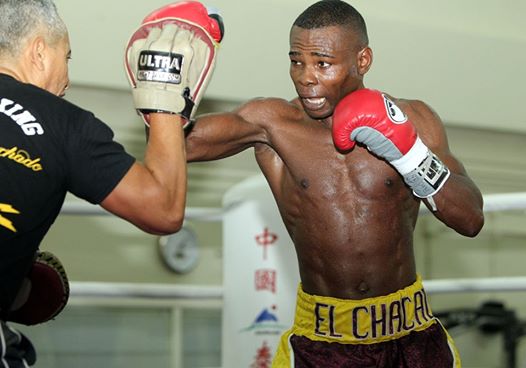 Guillermo Rigondeaux returns this weekend live from Macao, China when he defends his 122 lb. championship against Sod Kokietgym, on the under card of another fight headlined by Zou Shiming in China. Now while Shiming and Gilberto Ramirez will have their fights televised on HBO 2 in the afternoon, Rigondeaux’s fight will be played on tape delay on UNIMAS late in the evening.

There’s no denying Rigondeaux’s talents and his status as one of the best pound for pound technicians in the sport of boxing. But to many boxing fans and to HBO executives, it’s a style that turns off many and in essence a reason why Rigondeaux has been relegated to fighting on UNIMAS, instead of HBO.

Yes, the sweet science is the art of hit and not get hit but there’s a cliché many fighters used today and that is, “boxing is a business,” and not entertaining is bad business. So bad, that when Rigondeaux headlined a card in Atlantic City this past December, his first as an A-Side, nearly everyone in the smaller scaled ball room in Boardwalk Hall left the arena. Part of it wasn’t his fault as his opponent Joseph Agbeko, refused to throw much punches.

Before that fight, his co-promoter Bob Arum with Top Rank Promotions went on record as to saying when he mentions Rigondeaux to HBO executives, “They want to throw up.”

This fight on Saturday is Rigondeaux’s final fight on his Top Rank contract, so there is much speculation as to what would be his next move. Where could Rigondeaux land next? Here’s a few landing spots for the pound for pound stalwart.

Listen I’m not sure how bad this relationship has been severed. But his co-promoters Caribe Promotions are very active on twitter in stating their opinion on how they feel Rigondeaux has been mistreated and deserves better. But let’s be real here, Rigondeaux has a very high 6 figure guarantee whenever he fights and the fact that he doesn’t draw good ratings and bring people to the arena is hard to justify such a thing. He’s fighting on UNIMAS this week but is still getting his guarantee, so I have no issue as to what network televises his fight.

While I don’t think Rigondeaux will resign with Top Rank for those high guarantees, if he’s willing to take less then maybe we have a conversation. If Rigondeaux moves up to 126 lbs, Top Rank has a loaded stable that includes Evgeny Gradovich, Nicholas Walters, Nonito Donaire, and Vasyl Lomachencko. In my estimations there is a lot of intrigue in those fights especially because Rigondeaux would have to move up to featherweight.

Sign With Al Haymon and Fight Under Golden Boy

Al Haymon is planning something and is doing so by signing a ton of fighters that wouldn’t typically fall under the prototype Al Haymon signing. He’s signed the likes of Caleb Truax, Rances Barthelemy, Roberto Garcia, Miguel Vasquez, and Tomoki Kamedia in the past three months. Many in the twitter sphere have been calling for Rigondeaux to jump ship and sign with Haymon once his contract expires with Top Rank. Even his Cuban counterpart, Erislandy Lara has let his opinion be known and explain to Rigondeaux why he should sign with Haymon.

Lara can attest to the work Haymon has done for him as he is coming off his career high payday of 1 million dollars in his pay-per-view fight with Canelo Alvarez.

Should Rigondeaux end up in this scenario, his opponents maybe much more limited. I don’t see Golden Boy being in a rush to put Rigondeaux in there with a Leo Santa Cruz at 122 or 126 lbs. or even Abner Mares at 126 lbs. But being both are managed by Haymon, it’s a possibility. Other names to float around there would be the recently Haymon signed Tomokia Kameda and Cesar Seda among others. This to me is a very likely scenario.

Think Outside The Box

I can attest to this, The European fight fans, mostly the UK fight fans appreciate boxing in a large number more than here in the states. Twitter sphere has let me known that a guy with the talents of Rigondeaux would be much more appreciated across the pond than he would be here in the States. Rigondeaux’s manager Is Irish, so it would be interesting to see if that is an option.

With the likes of Eddie Hearn’s Matchroom Sport and Frank Warren being major players in the UK fight scene, I’d be interested to gauge if there is any interest from either guy or even Barry  Mcguigan. My followers tell me a guy like Rigondeaux or even Andre Ward would be a major star overseas, so a move like that is a little unconventional, but could be beneficial to Rigondeaux.

Possible big time opponents for Rigondeaux would come in the form of Kiko Martinez, Carl Frampton, and Scott Quigg. The possibility of getting either of those guys can be debated but it’s a move that should be considered if out there.