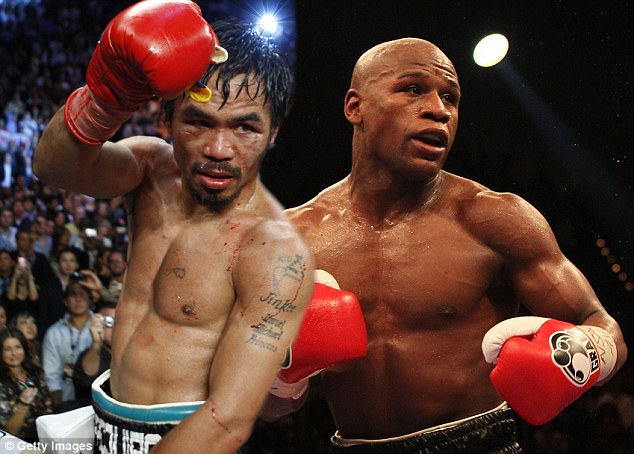 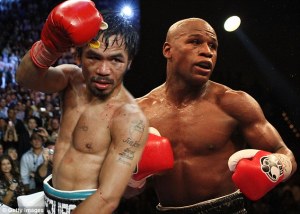 There is no doubt that Floyd Mayweather Jr. is one of the best fighters of his generation, winning world championships in five weight divisions and sporting an impressive 47-0 record while holdings wins over the likes of Diego Corrales, Arturo Gatti, Ricky Hatton, Oscar De La Hoya along with many other notable fighters.

However, no matter how many more titles he wins and however many more wins he racks up against mediocre opposition, it won’t be enough to fill the hole that he has dug up by not facing his biggest threat in Manny Pacquiao. If Floyd retires without fighting Paquiao, he will always be more remembered amongst fans for not fighting the Filipino icon than anything else he has done in his career. That is unfortunate because he has done some truly respectable things. But Floyd won’t have anyone else to blame but himself because he seems very content on not fighting Pacquiao. The saddest part of it is, not only are they the sports two biggest stars but they also compete in the same weight division. Very rarely (if ever) have the sports two biggest stars fought in the same weight division during the same time and not fought each other. The fact that such a natural fight like this has not happened proves how much of a bad place boxing truly is in right now. Sometimes die hard fans such as my self put the blind folds on and ignore this stuff but I’m tired of excepting certain things that are going on. I’m tired of the sports biggest star charging us nearly $80 just to watch him take on B level fighters one after another while avoiding his biggest threat for the past five years, only to hear him say “I’m going to give the fans what they want.” If Floyd truly did want to give the fans what they want he would have fought Manny five years ago.

That fact is, Floyd only cares about his pockets and his family but doesn’t give a dam about the people who made him rich. As far as the fans are concerned, Floyd seems to only like to take from them but not give anything in return. It makes me happy to see a young fighter like Canelo willing to take on the biggest challenges and for that he will be rewarded in more ways than one. But the fact remains, if Mayweather ends up retiring without fighting Pacquiao, that’s what he will mostly be remembered for, especially amongst the casual fans who greatly outnumber the hardcore’s.