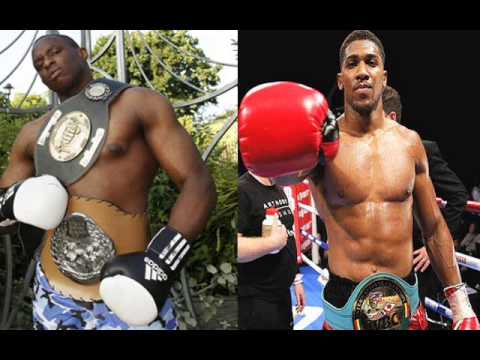 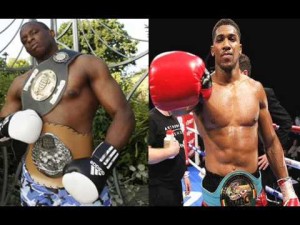 Unbeaten British heavyweights Dillian Whyte (15-0, 12 KO’s) and Anthony Joshua (13-0, 13 KO’s) will settle the score once and for all on December 12th at the O2 Arena in London – given that they both win their respective fights on September 12th – that’s according to Matchroom Sport promoter Eddie Hearn.

Joshua will be fighting undefeated 6’8” Gary Cornish (21-0, 12 KO’s) for the vacant British championship, while has been having trouble finding an opponent. He wants a good opponent to test his skills against in September – he had thought he had one in Irineu Beato Costa Junior – but he blasted him out in the first round.

Whyte has mentioned the possibility of fighting Kazakh Edmund Gerber, who has won his last couple of fights by TKO. However, the level of competition has been weak. In September 2013, Gerber was stopped by former title contender Dereck Chisora.

Although it’s feasible to see Gerber giving Whyte some rounds, I can’t see Gerber going past three, though, I wouldn’t be surprised if he gets the call.

Fights against European champion Erkan Teper or WBA Inter-Continental champion Lucas Browne would be a significant step-up for Whyte.

The problem is that Teper just fought, knocking out David Price in the second round, and Browne is slated to fight Icho Larenas on Aug. 14.

Furthermore, a significant step-up just over four months away from the highly-anticipated Joshua fight could be detrimental to his preparation.

Then, you run the risk of over-training and looking awful when it counts – take for instance Matthew Macklin when he fought Jorge Sebastian Heiland – which ended with a brutal knockout defeat.

If everything works out, we’re guaranteed to see an epic clash between two domestic rivals on December 12th. It’s going to be an all-out civil war.