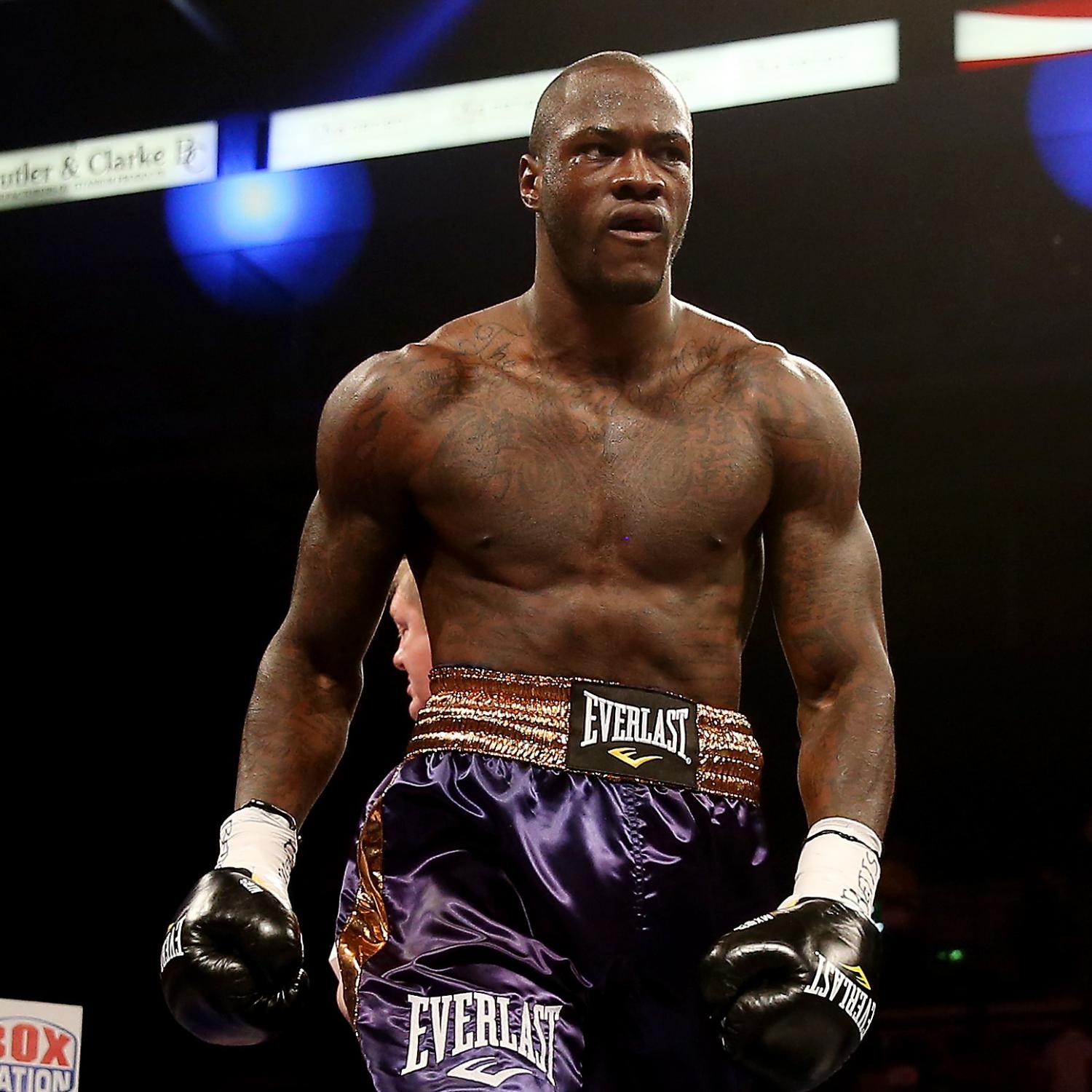 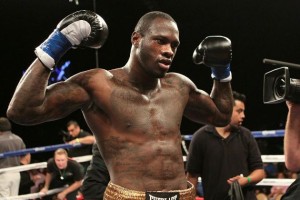 WBC World Heavyweight Champion Deontay Wilder(33-0, 32KO’s) was in Las Vegas over the weekend to see Keith Thurman outpoint Robert Guerrero when he spoke to Thaboxingvoice.com about his growing ambitions since he won the title in January earlier this year.

On that night, he outpointed Bermane Stiverne over twelve rounds -the first time he had been anywhere near that distance in his life. Wilder removed any lingering if unfounded, doubts about the sturdiness of his chin by shipping a few hard hooks from the heavy-set Haitian. Now he sits near the summit of the most glamorous division in the sport, and he wants to make up those final few feet to the top.

“I tell people all the time, even though my title says ‘Heavyweight Champion of the World’ my heart still feels like a contender. So with that being said it keeps me hungry, and I’m just like a challenger, I’m still hungry because I know there’s more out there. I wanna be the undisputed heavyweight champion of the world, that’s my goal and mission.”

To fulfil his objective, he will have to go after the man who most people still point to as the heavyweight champion, WBA Super, IBF, WBO and IBO titleholder Wladimir Klitschko(66-3, 53KO’s). Wlad has a defence scheduled for April 25th at Madison Square Garden in New York against Bryant Jennings, and after that almost definite win will face the UK’s best heavyweight Tyson Fury. So it is a question of when and not if for Wilder.

The fact that Wlad insists on dismissing the claims of every mandatory challenger that comes his way from each of the governing bodies he holds a belt for is quite astonishing. He has done so for the better part of a decade. In fact, his last loss came in 2004, so It’s no wonder Wilder feels he can bide his time until he gets his shot at the main guy in the division.

“I’m patient, we can wait, I can see this definitely happening sometime in 2016 or so but we’ll see.”

And as for Tyson Fury, whose name is often linked with Wilder’s these days as a possible challenger for his title;

“Well Tyson going to Klitschko route, they say they want me after Klitschko, so they trying to count eggs before they even hatched so….”

He sounds irresolute about Fury’s chances against Klitschko but noncommittal about the likelihood of a fight between himself and Fury. To me it doesn’t matter how they’re matched or in what order, but Wladimir Klitschko, Deontay Wilder and Tyson Fury represent the most compelling trifecta in the heavyweight class, and I want to see them duke it out amongst themselves for supremacy amongst the giants.