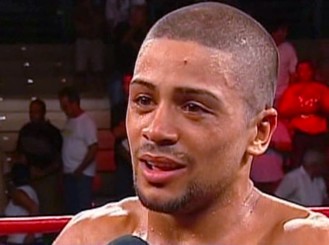 It’s been one week since news broke of horrific actions by former Olympian and boxing prospect Felix Verdejo. Verdejo’s girlfriend (that his wife knew about) Keishla Rodríguez Ortiz was pregnant with his child and had gone to see Verjeo with a positive pregnancy test. That was the last time anyone other than those associated with the murder saw Keishla alive.

According to reports Verdejo punched Rodriguez in the face, injected her with a syringe filled with an unidentified substance bought at a public housing complex, tied her arms and feet with wire, and tying a heavy block to her then proceeding to throw her off a bridge. Verdejo then stood on the bridge and shot at her body.

Former World Champion Wilfredo Vazquez Jr. was left in shock while hearing the gruesome details of the murder. Vazquez opened up on social media in a heart-filled message to someone he once considered a friend but had done something so unforgivable.

“I still cannot believe that you are capable of such an outrageous thing. You looked so humble and sincere .. Every time I made a joke you would laugh and tell me that I was a clown .. I still lie in bed and think… what the hell happened in your head? Who the hell instilled in you to do such a thing to someone who had not done anything to you but just love you and give you a new unconditional love like a child. It feels so great to be a Dad, to have someone love you from the heart without caring if you have money or not. Who becomes happy every time you come home and says with a smile on their face that is my dad, he’s here. Father!! Verdejo you pissed me off!! I hope that God touches your heart and has mercy on you because what you did to another person has no forgiveness. You bastard! You were not going to be the first nor the last to have a child out of wedlock. It’s so simple to assume responsibility and face it as a good dad would do  for that child. It was something so simple!! By pleasing others you ruined your life and left a girl with an image of her father contrary to the one she should have had.”