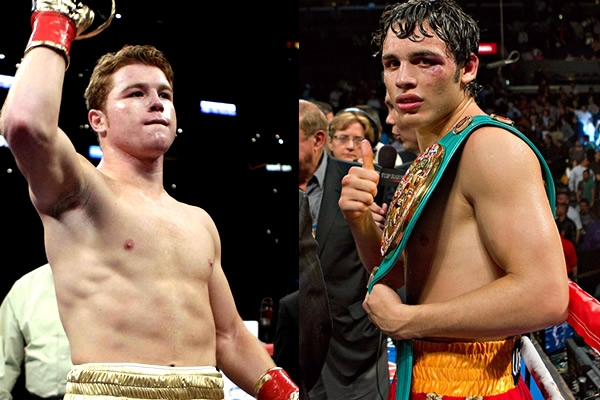 On September 14th Saul “Canelo” Alvarez will take the biggest leap of his career when he faces off against pound for pound king Floyd “Money” Mayweather. Very few are giving Canelo a shot against Mayweather and feel that Canelo will take a severe schooling at the hands of Floyd who although is smaller, is a lot faster, and can land shot after shot on his opponents without taking any punches himself.

With that thought in mind, it makes me remember one of Mexico’s other top fighters, Julio Cesar Chavez Jr., who faced off against middleweight king, and top ten pound for pound fighter Sergio “Maravilla” Martinez. It was a fight in which Martinez dominated every round with speed, power and angles except the twelfth and final round. It could have been a foreshadowing for Canelo to show what happens when a fighter is given soft competition, then after demands by fans, to step up get totally outclassed.