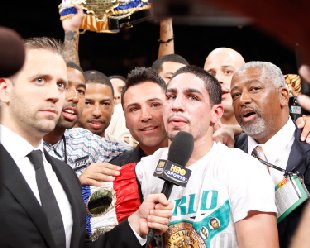 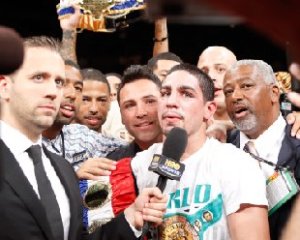 WBC has granted the fighters involved in the 140 pound WBC title purse bid a 10 day extension pushing the date until October 10. This is becoming a common thing more often then we’d think.

Last month Peter Quillin who is managed/advised by Al Haymon dropped his title opting out of his career high pay day and mandatory defense of his title against Matt Korobov (24-0, 14 KOs), a 31-year-old southpaw.

Viktor Postol (25-0, 10 KOs), faced rugged Selcuk Aydin of Turkey. The winner was to become the mandatory challenger for 140-pound champion Danny Garcia. That time has come my friends, and for those “Swift” supports, I ask are you nervous?

Postol’s most notable victory before Selcuk Aydin came in March 2013, a unanimous decision against contender Hank Lundy. Now here’s the conundrum, of course assuming politics aside the fight can be made. If Garcia doesn’t have an issue with the weight. Keep in mind when he faced Salka the contracted weight was 142. Assuming Haymon who also advises Garcia allows this fight to happen?

What do you think ? Does this fight happen? Time will tell but in the eyes of promoters and advisors Garcia has better options then Viktor Postol.