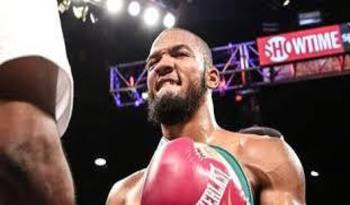 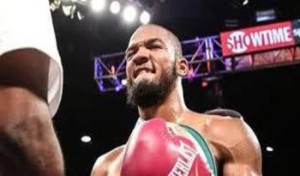 Julian Williams doesn’t believe Austin Trout is a man of his word.

After Trout, 30, decided to take fights against lesser competition in the likes of Luis Grajeda, Luis Galarza, and Joey Hernandez, Williams is all but convinced that Trout is afraid of taking a risk that carries a high chance that if he were to lose, he would never be able to become world champion again.

“I just turn my cheek to that kind of nonsense. This is boxing. Everybody wants to pretend like they’re some kind of like big superstar, and everybody is really on the same level.”

There is a big difference between not being interested in fighting somebody because it wouldn’t be a good career move and trying to obfuscate those comments later to avoid looking unreasonable.

If money is the sole reason this fight isn’t happening, what’s the point of having Al Haymon as a manager? With Haymon, the money is obviously going to be there. Williams can discern the confusion for himself.

“We both got Al Haymon. It’s a fight that’d be made, and I think it should get made,” he added.

Williams acknowledged that Trout has said that he’ll take a fight against him, but he believes he will be swayed to take the easier opponents.

“Boxing is a funny sport. He got on TV and said my name. He said he’ll fight, but when he gets home and talks to his handlers they might say, ‘You know what? Let’s go in a different direction.’

“I ain’t gonna chase him around. He ain’t nobody; he got no world title. I want the best available competition for the most amount of money.”

If the Trout fight cannot come to fruition, Williams won’t lose any rest as his objective is to hunt anyone with a world title.

Perhaps Williams was barking up the wrong tree, but now he has found a tree with an endless amount of fruit which could lead to the biggest moment of his career.

“I’m looking more so at the Charlos [Jermell and Jermall], Vanes [Martirosyan], Trout of course. 90 percent of the guys in our division are with Al. I’d rather make the fights in-house than have to go out-house and make a fight that’s going to be more difficult to make.”