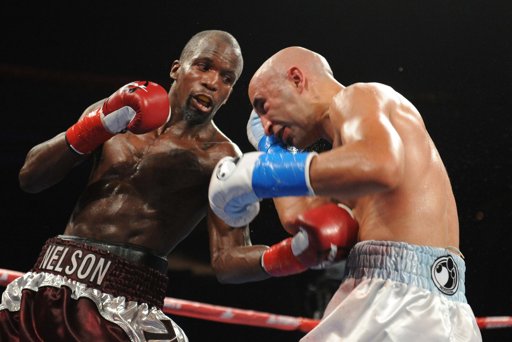 In the opening bout of HBO’s Boxing After Dark triple-header, Willie Nelson (21-1-1, 12 knockouts) took on Luciano Cuello (32-3, 16 knockouts) in what many thought would be a contest that would answer a lot of questions in regards to each fighter’s career. Is Willie Nelson a real force in the junior middleweight division, or will he soon be viewed as nothing more than a gatekeeper? Would a win over Nelson really be enough for Cuello to prove that he belongs among the division’s elite? Some questions were undoubtedly answered after the fight was over, but even more seemed to arrive in their place.

Although the expectation by most was for Cuello to be a long and fairly frustrating match-up for the up-and-comer, Nelson couldn’t have asked for a better start. With an aggressive attack from the opening bell, Nelson managed to do damage to both the head and body of Cuello with well placed combinations. Still, this high and fairly sudden surge of punches inevitably affected Nelson. As the fight continued, Nelson would struggle with Cuello at points, but would somehow manage to steal the rounds whenever they seemed out of reach.

Much to Cuello’s credit, his experience going the distance really showed against Nelson. With his seemingly constant forward movement and solid gas tank, Cuello was able to make Nelson really earn the win. This was especially true after Cuello had rocked Nelson in rounds 7 and 10. The only thing that stopped Cuello from getting the win was the fact that at times he would over commit to a punch, thus allowing Nelson to capitalize and score with a thudding blow. Add in the fact that by the end Nelson was finally beginning to consistently resort to a jab to set up combinations, and it was easy to see that Nelson was ultimately the winner.

All three judges agreed that Willie Nelson had done enough to earn the fight and scored the bout (97-93), (97-93), and (96-94). This fight proved to be just the type of experience a fighter like Nelson needs in order to not only learn from his mistakes, but grow as a fighter as he approaches the next phase of his career. As for Cuello, he proved to be as tough as the rest of him. Although it’s doubtful he’ll ever be a world champion, there’s no ignoring the potential he has to make for some great match-ups in the junior middleweight division.