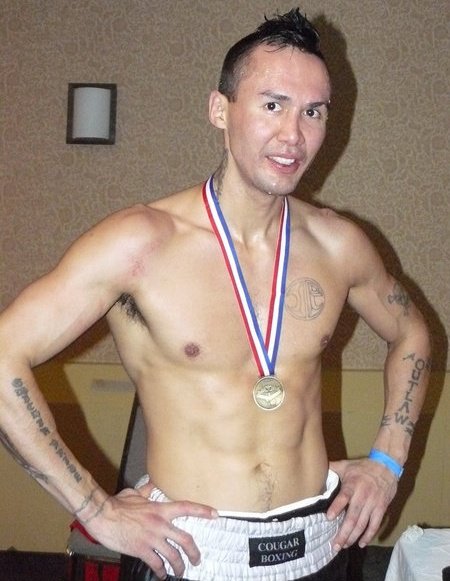 The woman charged in the Edmonton, Alberta street racing (Dangerous Driving) death of Jonathan Andre pled guilty on November 27th to a lesser charge of Careless Driving. On November 29th she was convicted of Careless Driving and was given a $2000.00 fine and a 3 month driving suspension. This past May the 16 year old driver of the other speeding vehicle pled guilty to Dangerous Driving and was given a 1 year probation and a licence suspension.

Andre was a promising boxing prospect from Fort McPherson, Alberta who was killed while out on a training run in June, 2011 in Edmonton.

At the time of his death Andre had a record of 2 wins with no loses and 1 knockout.