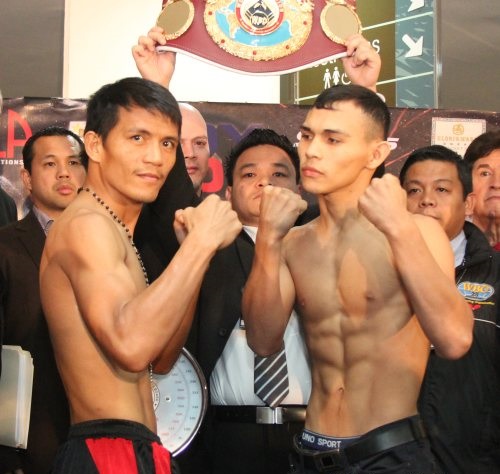 The fight that took place earlier this morning between 105 pound champion Merlito Sabillo of the Phillipines and Carlos Buitrago of Nicaragua was a war between two elite fighters who deserve credit for putting on a tremendous performance. Both fighters possess tremendous heart, courage and will from taking the punishment that they received and continuing on to give the fans their monies worth and to walk away victorious.

Speaking of victory…there was no victory for either fighter. The fight was close between these little warriors but Buitrago did enough to walk away with the victory. Not to take anything away from Sabillo, who is a champion and a damn good one but to fight a fighter in his hometown/country you could knock out the fighter and his family and still end up getting the short end of the stick (kinda reminds you of Burns-Beltran). Should the fight of taken place in Buitrago’s hometown you could expect the same thing to happen in reverse. To quote Manny Pacquiao, “that’s boxing.”

Nevertheless, these fighters stole the show.

On a different note a rematch between the two would be huge and would do very well in either fighters country but to get a clear result should take place somewhere more neutral.