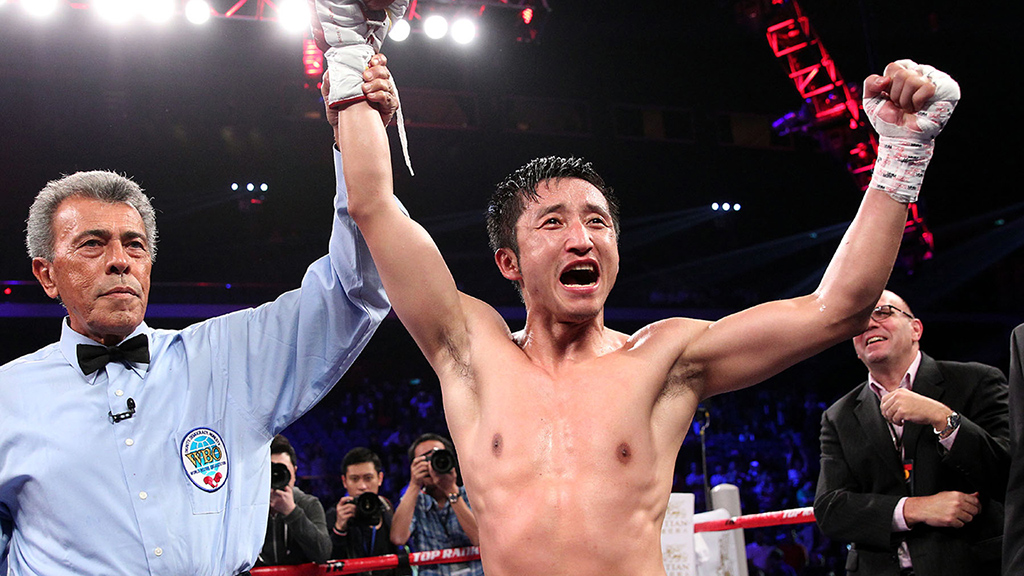 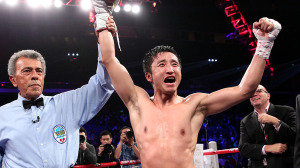 Zou Shiming now improves to 7-0 against his stiffest competition on paper yet, Kwanpichit OnesongchaiGym 27-1-2.  Shiming managed to give a good performance in front of his home crowd but certainly has much room for improvement.

From the opening bell, Shiming wanted to prove a point. Shiming immediately jumped on OnesongchaiGym, and in the second round scored two knockdowns. Throughout the first two thirds of the fight, Shiming showboated in front of his home crowd as he battered his opponent with multiple combinations. In the 6th round Shiming scored another two knockdown round, and was in complete control of the fight.

It wasn’t until the 8th round Shiming had to overcome some adversity. As Shiming circled the ring with his hands low, he started taking a couple of big shots. Shiming’s eye began to close, and Freddie Roach urged him to pick up the pace. Shiming started to pick up his offensive output, but continued to get caught with solid hooks. By the 12th round Shiming’s eye was completely shut, but he remained confident and scored a knockdown in the final round. Shiming’s early onslaught in the early rounds, and composure in the later rounds led him to a lopsided unanimous decision victory.

At 33 years old Shiming certainly does not have father time on his side. Roach has been adamant of having his fighter climb through the latter quickly due to his age. Whether this plan backfires on the two time gold medalist remains to be seen. Perhaps Shiming will continue to gather more professional experience given the fact he is already a big draw in his home country, and then lead up to a major fight with any of the top fighters within his division.