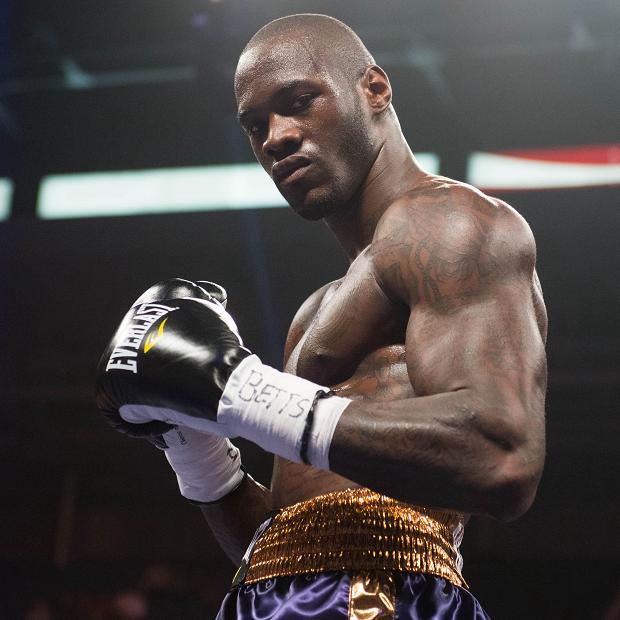 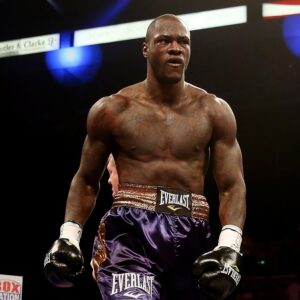 What’s Next For This Weekend’s Winners

Deontay Wilder – Wilder became the first American Heavyweight champ since Shannon Briggs held the belt roughly nine years ago, so logic would say he would look for a “fun fight” before a title defense. Wilder, an Al Haymon fighter, would be a natural fit for what Haymon wants to do with his partnership with NBC under the moniker “Premier Boxing Champions” promote guys who appeal to fans of sport, not just boxing. Wilder is a knockout artist and a legit, although not lineal champion, champion nonetheless and someone that may bring in fans from the days of Mike Tyson to people who are just learning about the sport.

So who does Wilder face next? The logically fit would be the massive Tyson Fury who has fought on NBC before against Steve Cunningham drawing a good rating. The only reason I worry that this bout will not happen is the moving pieces. Fury, a proven European draw having to come stateside for the belt may not happen if the money is not adequate. I will be optimistic and not name other options such as Mike Perez or Alexander Povetkin who realistically also could be in play, but offer less allure since they have had failures at the top level before. For me, a showdown around Fourth of July weekend at Madison Square Garden on NBC between Wilder and Fury could be a massive hit and a must see attraction that would garner attention. 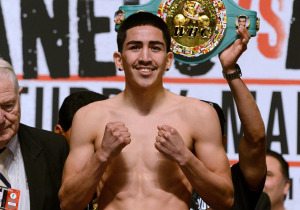 Leo Santa Cruz – Is there anyone in boxing more frustrating then Leo Santa Cruz he has faced a who’s who of sub-par talent as of late and yet holds the prestigious WBC super bantamweight title. It is hard to stay optimistic about seeing Santa Cruz against one of the big names in the sport since his competition has receded not unlike say Gary Russell Jr.’s foes two to three years ago.

Santa Cruz’s number one contender for his belt right now is a 21 year-old undefeated prospect out of Mexico, Andres Gutierrez. Despite the belief that the Mares fight is in the not so near future suspect that Santa Cruz will defend his title on the Floyd Mayweather undercard on May 2nd against Gutierrez in a fight that will be legitimate, but scoffed at due to Santa Cruz’s past two years of opposition and high salary for the bout. 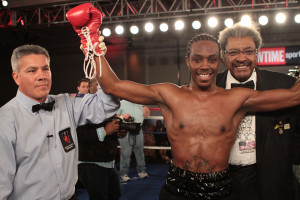 Amir Imam – This is probably one of my favorite young prospects and someone I think the world of, but at the same time he poses a major threat to anyone at the top of the division and has no favors being promoted by Don King, who lacks the connections in this day in age. Imam is currently ranked eighth by the WBA the same division that is known for multiple champs such as Danny Garcia and Jessie Vargas at Junior Welterweight, that being said it is a division he is gaining traction in.

I hope that a fight between Imam and former WBA title holder, Khabib Allakhverdiev takes place as it would further the development of Imam and show if he is ready for the top of the division. Remember many people thought Allakhverdiev beat Vargas in their fight last year on the undercard of Manny Pacquiao vs. Timothy Bradley II. Imam was criticized in his past fight this weekend for at times throwing wide and getting a bit trigger happy, Allakherdiev is the kind of fighter who will exploit that. 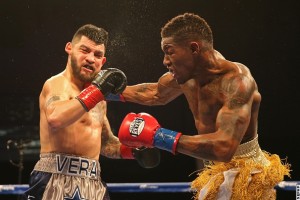 Willie Monroe Jr. – Monroe Jr. outclassed Bryan Vera who is looking at bit too much like a grizzled veteran at this point in his career. Monroe Jr. is currently ranked number three by the WBA, so Monroe’s next fight should be a major deal and more than likely will be on HBO in the co-main event spot to a Ruslan Provodnikov main event.

So who might Monroe Jr. fight? My money is on the winner of Dmitry Chudinov versus Chris Eubanks Jr., sure Monroe Jr. would have to wait out the month of February and gamble more so on Chudinov winning since Eubanks Jr. may look for the Billy Joe Saunders rematch with a win. The upside though would be to face a top guy, Chudinov, who is ranked highly, but has yet to have any significant wins and some might say was exposed by Paul Mendez in California early in his career. For Monroe Jr., the Chudinov fight on a major network if possible would be the ideal next move for his career.