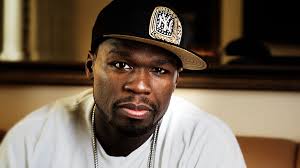 Jay-Z and Roc Nation are entering the boxing world next year. Jay-Z won’t be the first wealthy rapper to taste the uphill battles in the boxing industry and certainly won’t be the last. 50 Cent recently tried to cross over into the boxing world and hasn’t seen much success. He believes Jay-Z will suffer the same fate.

“I think they gonna clean Jay up,” 50 said convincingly on an interview with BET.com. “The sport of boxing is going to clean him up and he’s going to find out it’s not like any other portion of business that he’s been involved in.”

Jay-z is in the process of buying out one of the more known promoters in boxing in Gary Shaw and Gary Shaw Promotions. Shaw has a decent sized stable headlined by the likes of Bryant Jennings, Jose Pedraza, Tureano Johnson and Daniel Geale among others. But 50 says that won’t help Jay-Z’s cause.

“You can’t just buy your way into it by purchasing existing companies and stuff like that,” he said. “You look at the roster of fighters…You have to have experienced people around to run it. But boxing is like the fur coat business…We don’t know how much they actually sold the jacket for.”

Seems like sour grapes from 50 cent especially because Jay-Z has a well-known boxing guy running his boxing division in David Itskowitch, the former COO of Golden Boy Promotions.