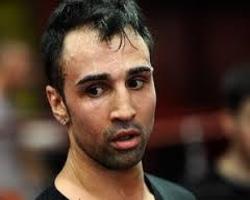 The disappearing-reappearing act is a cliché both in magic and in boxing, and no fighter infuses the two more than Paulie “The Magic Man” Malignaggi.

Malignaggi (34-7, 7 KO’s) began his pro career back in 2001 with a first-round TKO over Thadeus Parker in Brooklyn New York and appeared to have retired in 2014 after suffering a schoolyard beatdown at the hands of Shawn Porter over four rounds. But he resurfaced more than a year later this August against Danny Garcia, only to be stopped again in the ninth-round. Then he reappeared yet again, this time in Italy only a month after his loss to Garcia and he beat the unknown Laszlo Fazekas (28-22-1, 18 KO’s) over eight rounds to earn his first win in two years.

Malignaggi announced earlier today on his Instagram that he will be fighting again, this time at the O2 Arena in London on the undercard of the much anticipated Anthony Joshua-Dillian Whyte heavyweight showdown on December 12. As a former two-time champion in as many weight classes, Malignaggi has had an extremely successful career and even in losses he often won respect from fans and opponents.

Malignaggi was declared “The Magic Man” early in his career because of his slick style and boxing prowess that has always stemmed off his impeccable jab. He made his first two opponents vanish inside of four rounds, but the next disappearing act was performed by his KO ability, which resurfaced only five more times after his first two fights.

Despite his perceived lack of power, Malignaggi won points with the fans and the judges with his fast hands, activity and courage. The list of name opponents on his resume is as non-stop and colorful as the old handkerchief-out-of-the-pocket routine and opponents that have come out of almost every continent.

He pulled a rabbit out of the hat when he got his second stoppage in eight years against the Ukrainian champion Vyacheslav Senchenko in nine rounds in the Ukraine. Now, far past his prime, Malignaggi is checking off the final acts in his career and, like the performers of old having made his mark in the U.S., he has begun his tour of Europe.

When he fought Fazekas in Italy he completed what he said was a “lifelong dream” by fighting in Italy, the land of his ancestors. However lifelong dreams are like coins hidden behind the ears of children, infinite and out of nowhere. Malignaggi’s next lifelong dream, according to the Ring’s website, is for him to fight and win the European Welterweight title against fellow Italian Gianluca Branco (49-3-1, 24 KO’s).

Malignaggi said via his Instagram that he would be dedicating the fight and the belt to his grandfather, should he win.

“Branco is a quality fighter with a lot of experience,” Malignaggi said of his opponent. “But I believe that I’ll take the title on December 12 and do it in style.”

Malignaggi has made his mark as a top commentator on Showtime and his opinion is usually the most sought out by reporters when it comes to big fights. Now at 35, no one wants to see Malignaggi’s mind or body take unnecessary punishment, but the most difficult trick for any magician or boxer to successfully pull off has always been the escape act. To walk away from the lights and attention of center stage, to separate themselves from the occupation that is accompanied with poverty, abuse and loneliness, and surely in both professions performers have died trying to pull it off. But “The Magic Man” is unpredictable and like boxers and magicians of old, he may have one last trick left up his sleeve.