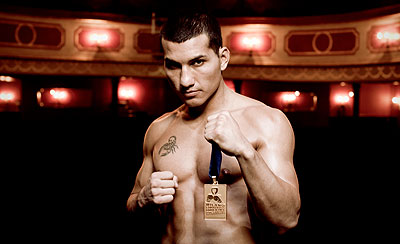 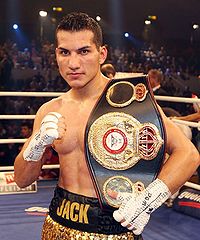 Culcay claimed the interim WBA belt with a unanimous points decision over Maurice Weber in May and is now looking for a first successful defence at Hamburg’s Inselparkhalle.

‘’It’s great to be back in Hamburg,’’ said the reigning champion at today’s final pre-fight press conference. ‘’This is where I started my pro career, and where I used to live and train before moving to Berlin earlier this year.

‘’I have a lot fans coming to support me at the Inselparkhalle and I plan on repaying their support with a great performance on Saturday night.’’

Culcay was full praise for his coach Ulli Wegner, who has been credited with reviving the 30 year old’s promising career. ‘’Mr Wegner has brought order and strategy to my training,’’ he said. ‘’I feel well prepared and I can’t wait for the first bell to sound!’’
Har
The challenger, fighting out of Queensland Australia, has amassed an impressive record in his twenty-three-fight career, claiming twenty-two victories and one draw. Now, Hogan aims to secure his first major title by beating the champion in his own backyard.

‘’I’m here to win,’’ declared Hogan. ‘’And I’ll be ready for whatever Culcay has to offer. My greatest strength is my adaptability and that coupled with my irrepressible will to win will prove too much for him.’’

Ahead of Saturday night’s action, promoter Kalle Sauerland is predicting an entertaining encounter between the talented light middleweights. ‘’This is going to be a tough test for Jack,’’ said Sauerland. ‘’It’s a real 50-50 fight, but whatever the outcome, it guarantees excitement!’’

Bulgarian heavyweight star Kubrat Pulev (21-1, 11 KOs) takes chief support at the Team Sauerland show in Hamburg. The 34-year-old former World title challenger returns following a victory over George Arias to face Maurice Harris (26-20-3, 11 KOs), with a clear mission in mind. ‘’In a year’s time I want to challenge for the World title again, and this time the belt will be mine!’’