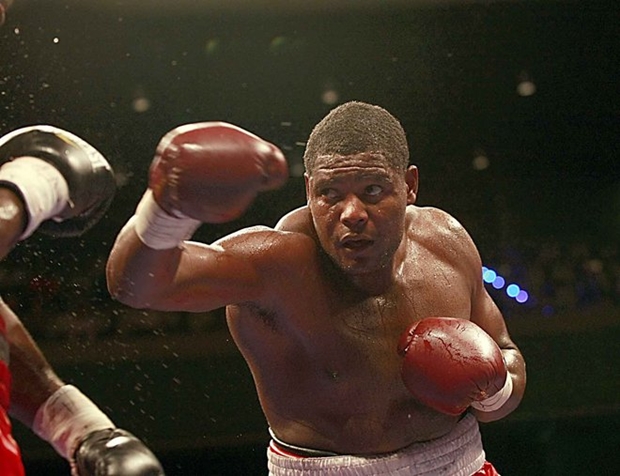 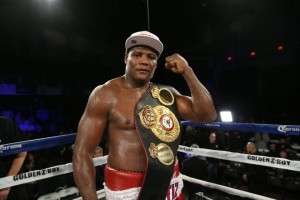 Luis “The Real King Kong” Ortiz is gaining a reputation as the boogeyman of the heavyweight division following a difficult and lengthy pursuit in order to find a suitable dance partner for Ortiz’s headlining HBO main event at the DC Armory on March 5 in Washington D.C.  HBO, Golden Boy Promotions, and Ortiz’s management team went through a list of opponents and after many rejections were able to get veteran heavyweight and former world title challenger Tony “The Tiger” Thompson (40-6, 27KOs) to step in to challenge Ortiz for his Interim WBA World Heavyweight title.

Ortiz and his team gathered with the boxing press this past Thursday for a media conference call to help promote Ortiz’s headlining event on HBO and discussed to the media the frustrating process of finding a respectable opponent.

“I’m an athlete, I do my job, I come to box, and the ones that don’t want to fight me, I don’t understand because this is boxing,” said Luis Ortiz through his interpreter. I don’t understand why would they avoid me, there’s no reason to avoid another man.

“I admire him (Thompson) for taking the fight.  Nobody else wanted to take it and he’s going to come and do his job.”

The difficulty in finding Ortiz an opponent for his March 5 main event is not surprising given the ability of the Cuban fighter.  Ortiz possesses good footwork, athletic ability, good size, great counter punching skills, and tremendous punching power.  Traits that would make any heavyweight contender think twice about taking this fight with Ortiz if it didn’t make business sense.

In the weeks leading up to the announcement of Thompson as Ortiz’s next opponent, it was reported by boxing media sources that heavyweights Alexander Ustinov and Alexander Dimitrenko fell through as potential opponents for Ortiz.  Just how many heavyweights turned the fight down?

“I couldn’t’ say exactly because the ones who do the promotion know,” said Jay Jimenez (manager to Ortiz).  “I don’t know if Oscar or Robert or anybody is on, I know there were a couple of them.  There were like five boxers who said no.”

As for Ortiz’s opponent for March 5, Tony Thompson is getting a second opportunity on HBO after first appearing on the network against then heavyweight kingpin Wladimir Klitschko, losing both bouts to the former heavyweight king.

Thompson has made a career in short notice fights and was able to produce a few upsets along the way by twice knocking out British hopeful David Price and twice defeating Cuban heavyweight Odlanier Solis.  Thompson is no stranger to being the underdog.

“My whole career has been a span of short notice fights,” said Thompson.  “This is nothing new to us. And before yall ask me, no I wasn’t in the gym.  It don’t matter because I’m working my ass off and I didn’t want to talk myself into this fight to get embarrassed in my hometown or HBO at that,” Thompson told the media.

Thompson has always been a great interview throughout his career, he’s very honest with the boxing media and is a durable guy who can give quality heavyweights rounds and has produced a few upsets in his career despite his advanced age.  However, whatever the result on March 5, Thompson because of the styles expects an action fight.

“It’s a different fighter, he’s not running.  We’re going to meet in the middle of the ring and we’re going to decide what’s going to happen.  And just like he try to knock me out, I’m going to try to knock him the f**k out,” said Thompson.

Ortiz will be the heavy favorite come fight night, he’s the younger fresher guy, better boxer, and more versatile, but the fans could be in a for an entertaining heavyweight fight because of the styles of both fighters.

Ortiz has been very active as this will be his fourth bout in a little under 10 months as Golden Boy and Ortiz’s team will look to keep up that activity level should he get past Thompson.

“Luis trains all year long, even if he doesn’t have an opponent,” said Jay Jimenez.  “You can call him on a month’s notice, he’s coming to fight.”