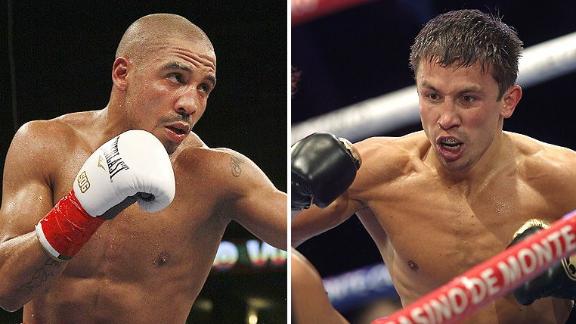 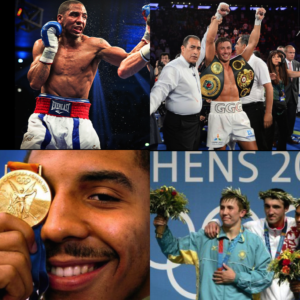 Trainer Abel Sanchez can see the dream match between his protégé Gennady Golovkin and the super middleweight boss Andre Ward in the not so distant future after Ward is given his expected tune-up fights.

“I think that’s a fight that’s probably two or three fights away,” Sanchez said in an interview with ThaBoxingVoice.

Golovkin (32-0, 29 KO) has remained active throughout his career since his debut in 2006, after an extensive amateur background that was punctuated with a silver medal at the 2004 Olympic Games in Athens. He is riding a 19-fight knockout streak, stopping every opponent he’s faced since November 2008. Ward (27-0, 14 KO), a fellow 2004 Olympian, who won gold at light heavyweight, is currently in the longest stint of inactivity of his career. One year and three months with no fights or dates scheduled.

“I’m hoping (Golovkin) fights four times,” Sanchez said regarding 2015. “Who it’s against doesn’t really matter to me as long as he stays busy because staying busy means he’s going to be ready for those elite guys.”

Golovkin has recently established himself as the seek and destroyer of the middleweight division, and is coming off an eleventh round shellacking of Martin Murray (29-1-1) in Monte Carlo on Feb. 22nd. That’s one fight; Sanchez hopes to fight again in June, which is rumored to be the month Ward could come back.

“I think (Golovkin is) scheduled again sometime in May or June,” Sanchez said. “And then maybe in September again and then before the end of the year, having my wishes that’s what that would be, four fights this year.”

Golovkin holds the WBA “super” middleweight strap and is working to win more belts; he still has fellow titleholders in Andy Lee (WBO), and Miguel Cotto (WBC) to fight at middleweight. However, Lee is scheduled to throw down with Peter Quillin on the undercard of a PBC event and Cotto has been fishing for a bigger name opponent like Canelo Alvarez.

This leaves Golovkin with limited options for busy fight schedule and eventually he might have to dip his toe into new weight class in search of opponents.

Ward was universally ranked no. 2 in the world behind Floyd Mayweather before he went inactive over contractual issues with his promoter at the time Goossen Promotions. He joined Jay-Z’s Roc Nation Sports and should be matched with a fight soon. The Oakland native has been back in the gym and posting evidence on his Instagram account.

Although Sanchez believes Gennady-Ward could be close, he doubts that it will take place in 2015. Sanchez quoted Ward who said he would take a couple of fights too, “Get back on track”. Undoubtedly to shake off any ring rust, which Sanchez says is fine and welcomes the best version of Ward to face Golovkin.

“I think Gennady would rather face (Andre) when he’s at 100% so that way there’s no excuses,” Sanchez said.

Ward cleaned out his division, and Golovkin seems to want to clean out his own. Their fight would be a big one for hard-core fans, but 2015 could be bad timing.

Golovkin-Ward resembles Mayweather-Pacquiao, a foreign puncher who comes out to fight, charming fans along the way, across from a dominant American boxer who has established himself as the best in the world. This fight could remind the casual fans of May-Pac if Ward fights a few solid opponents to re-establish himself in the division and Golovkin wins multiple titles, first.