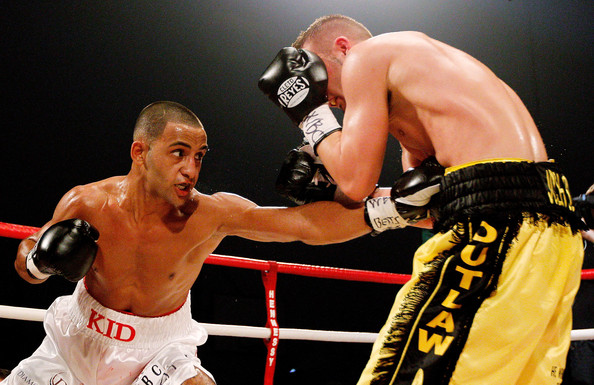 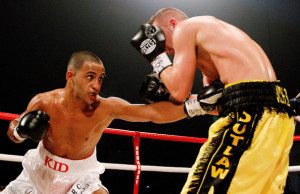 London (5 Sept) Due to a back injury Tyson Cave has been forced to withdraw from the Commonwealth Super Bantamweight title fight against champion Kid Galahad at Ponds Forge, Sheffield on 20th September.

The fight will be shown live on Channel 5 and is sponsored by MaxiNutrition.

Kid Galahad said “I’m gutted that Cave has pulled out with a back injury, personally I don’t think he fancied it and didn’t want to face me.  He knew I would be too good and too strong for him.”

“I haven’t seen too much of Dos Santos to be honest but he is unbeaten, world ranked in the WBO and was highly ranked in the WBC ratings until they removed him when he fought for the WBO Latino title.

“But that doesn’t worry me, I will be bringing my A game and whoever steps in the ring with me on the 20th will be getting knocked out.”

Adeilson Dos Santos said. “I am very well trained for this match, I know that my opponent is very good but I want to come out of this “battle” as a winner and bring a great win back to Brazil.

Promoter Mick Hennessy said. “I have watched footage of Dos Santos , he is young, unbeaten, fresh, big at the weight and dangerous and I consider this to be a harder fight than the Cave fight.”

Limited tickets for the Hennessy Sports promoted event at Ponds Forge, Sheffield, priced at £35 general admission and £100 ringside are still available to purchase by calling the SIV ticket box office on 0114 223 3777.

Tickets are also available from www.sivtickets.com or in person at the Sheffield City Hall, Crucible Theatre and Motorpoint Arena Sheffield.