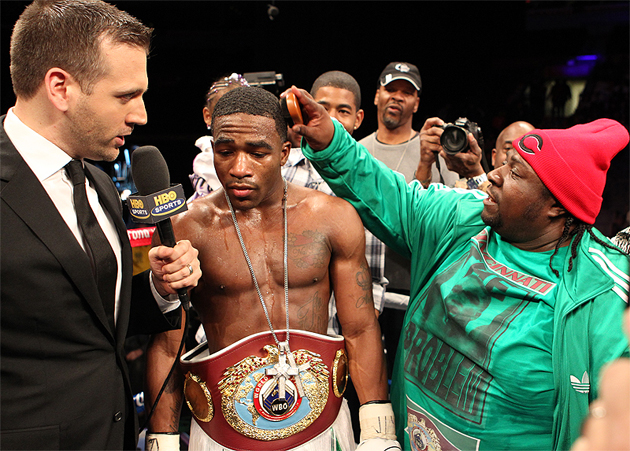 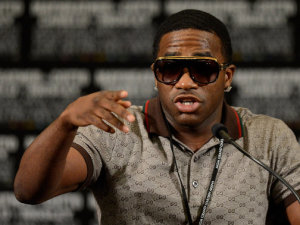 Adrien “The Problem” Broner (29-1 22 KO’s) is one of the headliners for this Saturday’s Premier of the PBC on NBC franchise. Broner will be coming off a hard-earned victory against Emmanuel Taylor in September of last year.

He’ll share the ring with John Molina (27-5 22 KO’s), who’s coming off of two consecutive losses, a unanimous decision loss to Humberto Soto in September of last year and a near consensus fight of the year against Lucas Matthysse in April. The fight will be the co-feature of the evening, alongside the Keith Thurman-Robert Guerrero main event.

Broner was exuding some of his ever present confidence in an interview with The Boxing Voice’s Sean Zittel leading into Saturday’s showdown.
“I’m ready…It doesn’t matter where we fight at as long as I handle my business…We can fight in a closet as long as they show it on NBC, I’m cool.”

With only one loss in his career, coming against the same Marcos Maidana that gave Broner’s mentor Floyd Mayweather problems in their first fight last year. Broner is in a similar position as a number of the fighters in Haymon’s stable as the PBC series is set to kick off. That is, to become a superstar and household name by proving himself on national television in front of a prime time audience.

The Problem sounded assured of a knockout heading into the fight with Molina.

While Broner’s power seems to have diminished somewhat as he’s moved up in weight, it’s still been evident that it’s a strength for him, as his 10th round flash knockdown of Emmanuel Taylor showed. In what could turn out to be a slugfest with the always game Molina, Broner will need his power to be on full display.

The PBC on NBC special will be the return of boxing to national, primetime television and with it hopefully the return of mainstream sports media attention as well as the eyes of more casual fans. “It’s a lovely atmosphere…We’re not only bringing boxing back as a worldwide sport; we’re bringing the world back to boxing,” said Broner when asked how he felt about fighting on NBC. Broner not only understands the opportunity he has on Saturday, the man seeking to be known as Mr. NBC is ready to seize it on the world stage.