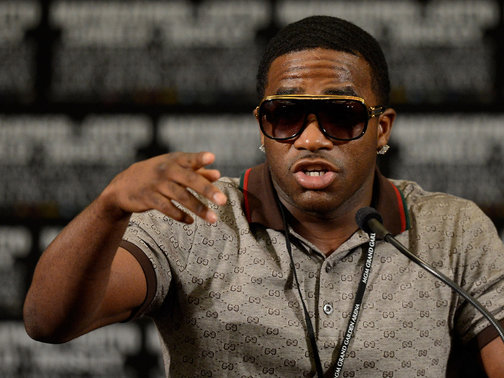 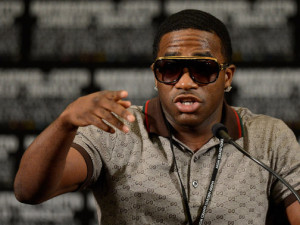 Adrien Broner is still a star in his own right minus the loss to Marcos Maidana. On hand at the Khan, Alexander fight, Broner was brash and cocky as ever when asked about his next fight and who he would be fighting.

“It’s the A B show. The question is who wants to fight me,” Broner told ESNews.

When the name Pacquiao was brought up Broner let the world know, he’d definitely give it to Pacquiao

“I want Pacquiao. I’ll kick his ass,” stated Broner. “Every fight is tough so we can make it look easy. Critics are like *ssholes, everybody got one. A hater is a fan, they just don’t know yet.”

Broner also wanted the world to know he wants to rematch Marcos Maidana even though he doesn’t feel like Maidana wants the fight.

“He don’t want to fight me, you heard what he said on All Access,” explained Broner.

Broner was looking very hefty but said making 140 pounds will not be an issue.

“Broner reiterated that he wants Maidana in 2015. I got 3 of 4 fights next year, who do I want? I want Chino, Marcos, and Maidana.”