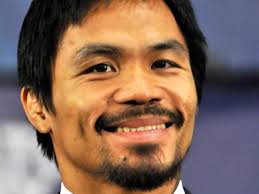 AirAsia, voted the World’s Best Low Cost Carrier for six straight years by Skytrax World Airline Awards from 2009 to 2014, announced that it will be the official airline for People’s Champ and Sarangani Representative Manny Pacquiao.

Representative Pacquiao, boxing’s biggest attraction, is set to take his act on the road again on November 22, when he defends his WBO welterweight title against Chris Algieri at the Cotai Arena in The Venetian Macao (live on pay-per-view in the U.S.)

Tony Fernandes, AirAsia Group CEO said, “It’s a great honor for AirAsia to be chosen as the official airline of team Pacman. Congressman Manny’s story is an inspiration not only for Filipinos but to all of us who dared to dream the seemingly impossible. AirAsia’s commitment in the Philippines is anchored on the same dream, to make flying more affordable, more accessible and to provide the best quality service that every Filipino deserves.”

For his part, Representative Pacquiao said, “I am delighted to be part of AirAsia’s mission in promoting the Philippines, our Filipino talents, sports and tourism wonders to the global stage. Let’s celebrate the Filipino spirit and my team is looking forward to your support in my upcoming match in Macau in November.”

To celebrate the partnership, AirAsia is offering promo seats for as low as P199 base fare only for direct flights to/from Manila-Macau via AirAsia Philippines including promo seats for flights from Malaysia, Thailand and other destinations in the AirAsia group. Promo seats are available for booking today at www.airasia.com for immediate travel in November until 9th June 2015.

Pacman’s fans can look forward to spotting the special Manny Pacquiao branded Airbus A320 which carries the colors of the Philippine flag and Pacquiao’s logo painting the skies red soon from AirAsia hubs not only in Manila, Cebu, Kalibo to domestic destinations of Puerto Princesa (Palawan), Tagbilaran (Bohol), Tacloban and to international points in Malaysia, China and South Korea but all over AirAsia’s 88 destinations across Asean countries and extending as far as China, India, Australia and more!

Joy Cañeba, AirAsia Philippines CEO said, “We are honored and humbled that the People’s Champ, the Filipino pride, Sarangani Congressman Manny Pacquiao has chosen AirAsia as his official airline partner. AirAsia Philippines will shake up the aviation industry and this partnership is just one of the examples on how we will take this game to a higher level. AirAsia will promote the Philippines to the world and bring the world closer to every Filipino via our massive network.”

In honor of Manny Pacquiao, AirAsia is opening Manila – GenSan route with attractive introductory fares to be announced very soon.