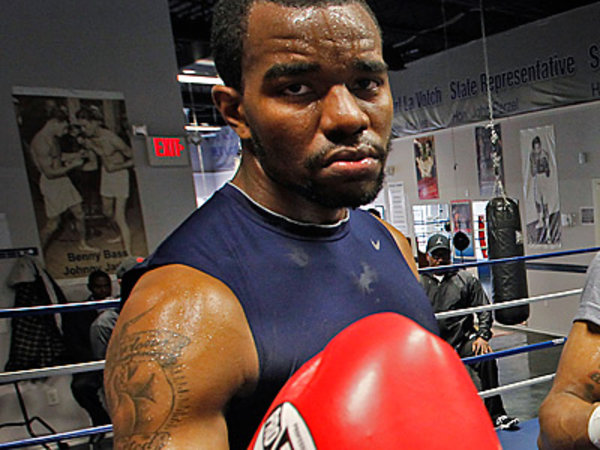 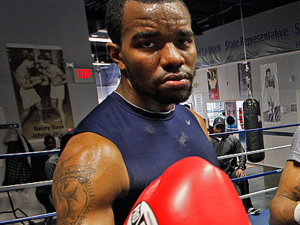 Undefeated Jesse “Hard Work” Hart gets his first featured role in his hometown when he takes on hard-hitting Samuel Miller, of Arboletes, Colombia, in an eight-round super middleweight contest Saturday evening, Dec. 13, at the 2300 Arena in South Philadelphia.

The Hart-Miller bout along with an eight-round lightweight contest featuring Felix Verdejo, of San Juan, Puerto Rico, against Karim El Ouazghari, of Barcelona, Spain, will be televised as part of Top Rank’s Solo Boxeo Tecate series on UniMas. The delayed telecast will begin at 11pm (EST). First of seven prelims begins at 6.45pm.

A big gate attraction because of his fearsome punching power, the elder Hart engaged in some of Philadelphia’s most talked-about ring battles against legends like Marvelous Marvin Hagler, Bennie Briscoe, Vito Antuofermo, Kitten Hayward, Willie “The Worm” Monroe and Bobby “Boogaloo” Watts.

“It feels beyond good, beyond tremendous,” the younger Hart said. “It feels wonderful to be able to perform in front of my hometown fans. My dad had a lot of his big fights at the old Arena in West Philadelphia and now I’m in a main fight at the 2300 Arena in South Philadelphia. It’s just wonderful for this to be happening for me.”

Other victims include Jason Naugler, of Halifax, Nova Scotia, and Steve Walker, of Hannibal, MO. Miller also has boxed Brian Vera, of Fort Worth, TX, and Marco Antonio Rubio, of Torreon, Mexico, losing each time by decision.

“We are looking forward to Jesse fighting in front of a sold out hometown crowd,” said Carl Moretti, Vice President of Boxing Operations at Top Rank. “Jesse and Felix Verdejo are two of Top Rank’s best prospects and, hopefully, this show will catapult both guys into bigger fights in 2015.”