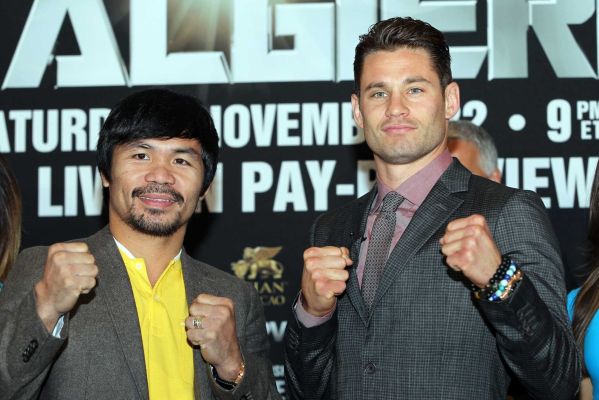 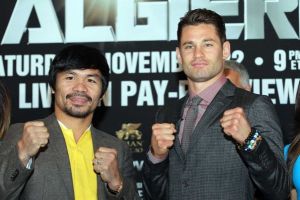 Confidence is a character trait all successful people have instilled in their DNA. Mahatma Gandhi once said, “We become what we believe ourselves to be.” Positive thinking is not just a philosophical ingredient to success, but also a scientific one. Countless studies from higher-end institutions have consistently showed improvements in performance, when maintaining self-assurance. Chris Algieri has this important trait embedded in his mind leading into the biggest fight of his career thus far. He has been free-spoken in his certainty of defeating the 8-division world champion, Manny Pacquiao.

Algieri not only claims he will defeat the Filipino Icon, but plans to dominate him the entire fight. He also believes a TKO victory is within reach, if he staggers Pacquiao at any stage of the bout.

Virtually the majority of boxing insiders do not predict a stoppage from Algieri, yet a victory is not out of the question. Algieri seems to be entering the bout with the same level of self-confidence as he did in the Ruslan Provodkinov fight.

Manny Pacquiao being one of the most dominant fighters of this generation is not befuddled by his opponent’s confidence. Over the years he’s faced many top tier level fighters who’ve claimed they would be victorious by the end of the night. Pacquiao is accustomed of his opponent’s mentality once they step into the ring.

Pacquiao explained, “I know his [Chris Algieri’s] feelings, but I’m also confident that I’m going to win the fight in Jesus’ name. You know he’s doing his best in training and I’m doing my best in training so it’s going to be a good fight.”

Pacquaio, who has been seen as a humble figure over the years, possibly has more confidence instilled in his abilities, than the majority of other athletes. In a 60 Minutes interview done in 2010 he was asked, who did he think was the greatest boxer ever? Pacquiao responded, “Of course me.”

It is evident Pacquiao is no longer the same quality of fighter he once was, but still enters the ring with the same boast of confidence. He foresees a win in Macau China, just as Algieri does.