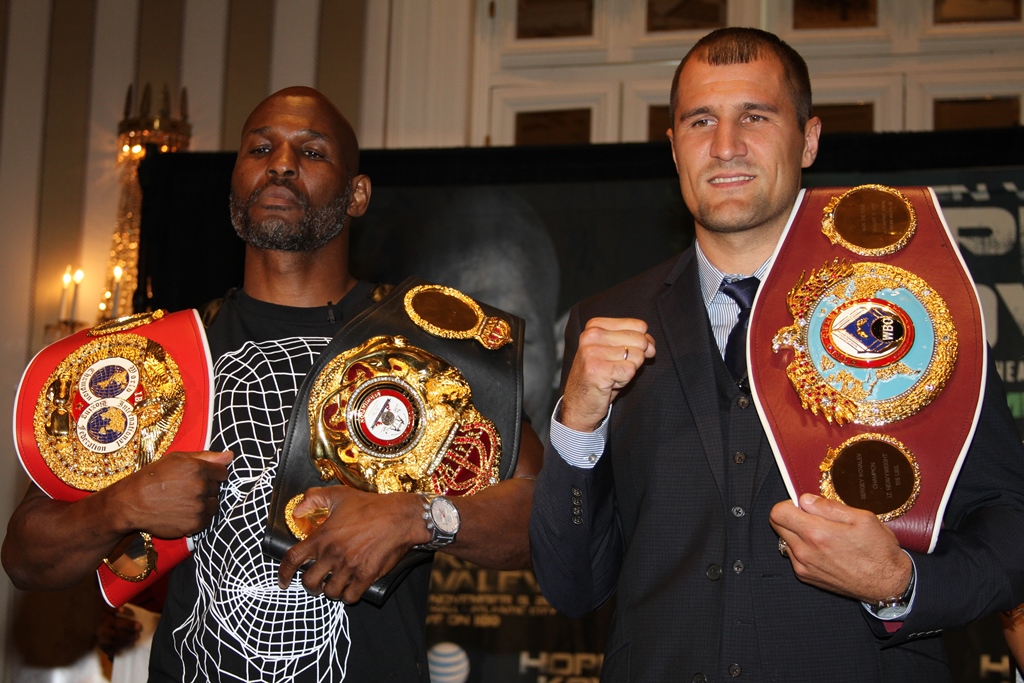 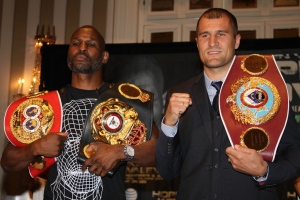 WBO Light Heavyweight Champion Sergey “Krusher” Kovalev will be fighting the fight of his life come November 8th when he faces WBA & IBF Light Heavyweight Champion Bernard “The Alien” Hopkins. The stars have aligned. The boxing gods are pleased, so they have allowed this match up to take place. This is a throwback fight paying homage to yesteryear when the best faced each other. These two men are giving us that as a dismal year dwindles down to a magnificent event.

Interestingly enough the promoters, networks and commission are all trying to be fully prepared for anything that may take place in this event by implementing the use of instant replay something that could prove very useful against a slick tricky veteran like Bernard Hopkins. Yet the fans may strongly suggest that it will not be needed.

“The New Jersey Commission has informed us that they’re going to use instant replay, and HBO’s working with them to mechanically implement that. So, there will be stories about it coming out, I guess, as we get closer to the fight. It’s up to the New Jersey Commission, with its new Chairman, Larry Hazzard, to make those pronouncements, but we’ve been told this is going to happen, so we’re all very happy about that,” said Kovalev’s promoter Kathy Duva.

Sergey Kovalev, Gennady Golovkin, and Artur Beterbeiv are a new breed of fighters Spartan like, bread to fight and born to be warriors. These men don’t leave anything to chance. Their knockout ratios confirm this. There’s no denying the power that Kovalev possesses but Hopkins is as sly as a fox. The question for the fight fans is: Will either man get the credit deserved for respectfully taking on the best in their division? On one hand the fans one may suggest that Hopkins is old or can turn old the night of the fight? Yet Kovalev may not get the credit he may assume he will receive. Simply put, Hopkins is knocking on the door of 50. So aren’t you supposed to put grandpa to sleep?

“I saw a poll, as I’m told about polls that are being done, and basically the press is about 50-50 on this fight, so when this is over I don’t want to hear about how old Hopkins is, no matter what the outcome. This is a great fight between two fighters. It is competitive and it’s exciting. Bernard’s never been stopped. Sergey has knocked out just about everyone he’s fought. It is a tremendous, compelling fight, and I’m going to be very unhappy if the press decides that when it’s over they’re going to start raising the fact that Bernard is 50 years old because they’re not raising it now,” Duva explained.

Duva has a point. When the public wanted these three men Stevenson, Kovalev, and Hopkins to face off against each other, age had never been a issue, but we will have to wait until fight night to see how fans react.

This win can mean the world to Kovalev who recently just had the birth of his child. Boxing has long been a means for fighters to show their greatness but it’s been a means for financial stability for most, which is something Kovalev hopes to secure for his family along with taking home Hopkins’ belts.

“This is for me a huge fight and this is the fight of my life. It’s a very important fight. I’m focused on this. Yes, my baby was born yesterday and I remember this, and my son pushed me more and is a big motivation for me, you know it. Now I understand who I’m doing everything in my career for. I’m doing it now not for me. I’m doing this for my family,” said Kovalev.

Hopkins himself has pushed far beyond the normal limits set for human fighters. Him calling himself “The Alien” is more then fitting because of what he’s been doing. He’s handling these young guys as if he was their age. As fitting as Hopkins’ nickname is so is that of Kovalev “The Kusher” which is what Main Events christened him, like Hopkins, Kovalev has lived up to the name “Krusher” November 8th will be a treat which is something that doesn’t happen often which we will be part of.