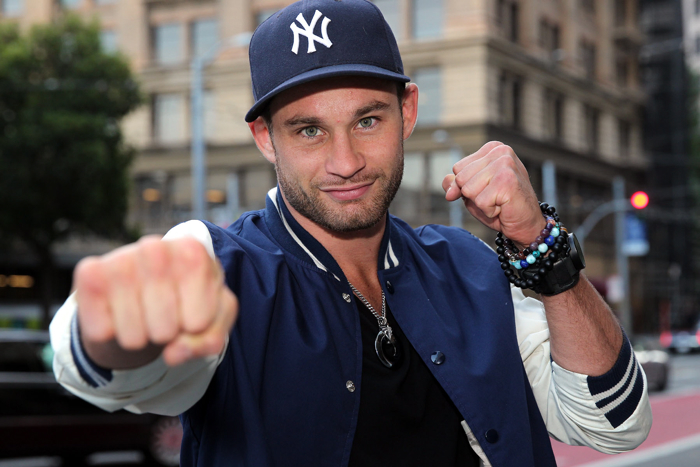 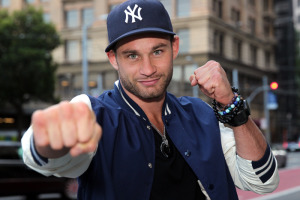 Chris Algieri is definitely in preparation for the biggest fight of his life. Aside from promoting himself outside the ring, he is working on his craft in the ring as he will step in with Manny Pacquiao on November 22nd in Macao, China. Although Pacquiao is one of the best fighters of this generation, Algieri says past opponents have shown that he is beatable.

I think those guys, Erik Morales and Juan Manuel Marquez showed holes in Manny’s style and his defense and they started figuring out Manny more and more, Marquez especially,” Algieri told ThaBoxingVoice.com. “He was able to adjust and re adjust and broken rhythms to kind of break up Manny rhythmic style.”

The key to the game plan according to Algieri is disrupting the rhytym of Manny Pacquiao.

“Erik Morales was another guy who disrupted the rhythm in the first fight,” Algieri explained. “Tim Bradley showed a lot of things too that showed holes in Pacquiao’s style. My coaches are really studying tape intently. I don’t study tape. I leave it to my coaches to come up with scientific game plan and it becomes muscle memory.”

Algieri would like to focus on what goes on in the ring more and leaves the game planning to his coach Tim Lane.

“You can’t get rhythm from tape,” stated Algieri. “There are two rhythms in every ring. Pacquiao has one with Marquez and one with Bradley, so for me it will be different too. So it doesn’t make sense to watch tape because you think this is how it’s going to be and you step in and sh*t, that’s not how it is.”

So the question will be, how fast can he catch Pacquiao’s rhythm and disrupt it?

Most insiders think Algieri’s long jab will give Pacquiao problems and Chris agrees as he is proud that people think he has a very good jab.

“The jab is the key to everything, this is boxing, and it’s called the number one for a reason,” stated Algieri. “You have a good jab, you’re a good fighter, you have a great jab, and you’re a great fighter. The best fighters who ever lived all had phenomenal jabs. I’ve taken that to the heart to make my left arm my dominant hand, even though I’m right handed. Even though this camp we’ve worked a lot on the right.”

“I don’t even say it won’t happen. Because you can hit a man hurt him, and get him out of there. I’m the physically stronger guy than Pacquiao even though people consider me a natural boxer, I still can punch. I think I’m stronger than Pacquiao and even with Ruslan, he never really pushed me around but I felt I was stronger on the inside. He’s got a great punch but in terms of physicality and strength, I don’t think there are any guys stronger than me in my division. I’m the strongest guy between 140-147.”